What does climate change mean for investors? 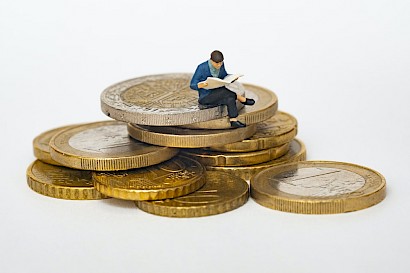 Is climate change something that we, as investors, should be keeping an eye on? To figure this out, we need to look at the data and see where it leads us. Let’s start by evaluating the risk by posing the following questions:

·      Is it big enough to command attention, but small enough to be solved?

·      By the time it hits the headlines, is it a real threat or is it already being resolved?

Is Climate Change an Immediate Problem?

As to whether climate change is an immediate problem, this could be a tough one as “immediate” can have a different meaning here. If we look at the drought out West, for example, we might say this is a long-term trend and not immediate. If we look at the low levels of Lakes Mead and Powell, we might say there are still a couple of years before we hit a crisis point, so not immediate. On the other hand, if we look at the record wildfires in the U.S. and Australia, the killing heatwaves in the U.K. and Europe, and the storms rolling in, immediacy becomes fairly compelling. While things are not as bad as the worst projections indicate, there is enough unexpected damage happening in 2021 to give this question a yes.

Next, we need to evaluate whether this is a surprise. Again, there is a spread here. The drought out West has been in place for years. Fires have been getting worse over the same time frame, as have hurricanes. In that sense, none of this is a surprise, just a continuation of long-existing trends. And yet, judging by the headlines, which are meaningful indicators of surprises, the fact that all of this is happening at once, at unprecedented severity, is a surprise. You could argue any individual component, but the world seems to have been taken by surprise not only by the severity of each individual component but by their global nature. Again, I think there is enough data here to indicate that this year was indeed a surprise.

Is It Big (or Small) Enough?

The headlines indicate that climate change is “big enough to command attention.” Everyone is now at least aware of the issue. Whether it is “small enough to be solved” is an open question. This fact, however, actually increases the risk it poses rather than decreases it.

Is It Being Addressed?

Finally, we need to evaluate whether it is a real threat or already under control. As conditions continue to worsen, generating more surprises every year, it’s clear the problem isn’t resolved. At the same time, many potential solutions are at least partially underway. Whether they will be enough to stem the damage, or whether it will continue to get worse, is yet another open question.

Given that the answer to our first three questions was “yes” and that climate change is not clearly being solved, it could well be a real threat.

Investors: Prepare for the Unusual

If you compare climate change with the great financial crisis, it’s possible we’re not at the point where the hedge funds have failed, and the systemic risks are becoming clear, but the U.S. Congress has not yet agreed to fund a solution. At that time, the threat was still unproven, but the risks were rising. This analysis suggests we might well be in the same place with climate change. Note that there are no politics in this analysis—and no assumption of causality. It doesn’t matter how or why this is happening, just that it is. Here we are looking at actual events, judged against previous history and expectations.

Unless you believe that all of the events cited, and others not cited, are in fact normal, then there is a real possibility that there is something unusual going on here. As investors, we need to understand and prepare for the unusual. Larry Fink, of Blackrock, one of the largest investment firms in the world, is doing just that. Looking at our analysis, his conclusions make a lot of sense.