We have the tools to slow warming 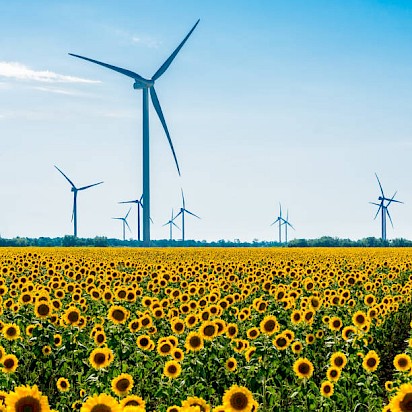 I’m a practical type. So the urgent question for me is: What can be done to slow down climate change? Tell me what’s possible. Tell me what stands in the way.

That’s what I find most valuable in the new report this week from the Intergovernmental Panel on Climate Change. It tells us the world already has many of the tools required to shift away from fossil fuels and slow down climate change quickly.

It’s doable, in other words. It’s just not getting done.

(The previous I.P.C.C. report, in February, focused on adaptation, or efforts to live with the reality of climate change. We wrote about that here. The panel puts out periodic reports, and this latest one deals with mitigation, or how to reduce the emissions that cause global temperatures to rise.)

This panel, convened by the United Nations, is made up of 278 experts from all over the world, representing a range of disciplines: meteorology, economics, political science and others. Their deliberations over the exact wording of the report went on through Sunday, delaying its official public release by a few hours. What they published was the lowest common denominator of what they could agree on. It is not controversial.

I was struck by the contrast between what actions the authors say are possible to move away from fossil fuels right now, and what the fossil fuel industry is demanding amid Russia’s war in Ukraine: The production and sale of more oil, more gas, more coal.

“Decades of failure in global leadership, combined with fossil fuel companies’ single-minded focus on their profits and unsustainable patterns of consumption within the world’s richest households, are putting our planet at peril,” Rachel Cleetus, policy director at the Union of Concerned Scientists, said in a statement.

Here are the key points from the report:

The technology is (mostly) there.

The panel makes one thing abundantly clear: We know how to shift away from fossil fuels for electricity and transportation, two big categories of human activity that are among the largest sources of emissions.

My colleagues Raymond Zhong and Brad Plumer explained it succinctly in their article on the report. “Cars powered by gasoline could be replaced with electric vehicles charged by low-carbon grids,” they wrote. “Gas-burning furnaces in homes could be swapped out for electric heat pumps. Instead of burning coal, steel mills could shift to electric furnaces that melt scrap.”

We also know how to use less energy. We can help people get out of cars by expanding clean, fast mass transit. We can help people bring down their energy bills with insulation. We can reuse raw materials. All this doesn’t happen by itself. It requires policy changes — and public investments.

We don’t yet know how to do some of the harder things, like building long-haul planes that run on batteries. But there’s plenty of action we can take immediately while we develop solutions for some of the more difficult problems.

Greening agriculture, which produces around 22 percent of emissions, is also hard. But there are some simple levers: Stop mowing down forests to grow food, and stop throwing away so much food. These are corporate and government policies that impact the rest of us daily. Are your local supermarkets donating food that will soon expire or just throwing it away, for instance? Is your municipal government making it easier to compost?

Renewable energy is growing and getting cheaper.

Clean energy technology has advanced far more quickly than expected and become much cheaper, faster than expected. (The price of wind turbines has dropped by more than half, for instance, since 2010.)

One study, issued last week by an independent think tank called Ember, found that clean energy sources — mostly nuclear and hydro, but also wind and solar power — produced 38 percent of the electricity the world used in 2021.

Europe is leading the way. And the Russian invasion is prompting many European lawmakers to call for the acceleration of renewable energy installation.

Many countries, including the United States, still burn coal to produce electricity. But across the world, plans to expand coal plants have been pared back. That’s largely because, the I.P.C.C. tells us, it makes better economic sense in some cases to build renewable energy infrastructure than coal plants.

We actually have a better shot than we did a few years ago at slowing climate change.

Emissions from fossil fuels grew more slowly in the 2010s than they did in the 2000s. That means the global baseline temperature is projected to rise more slowly — and, as Ray and Brad wrote, that means the world has a “much better shot at avoiding some of the worst-case global warming scenarios.”

That’s important to note. When the Paris agreement came together in 2015, the average global temperature was on track to warm by 4 degrees Celsius, or 7.2 degrees Fahrenheit, by the end of this century. If all countries meet their current emissions reductions pledges (and that’s a big if) the world would be on track to warm by around 2.7 degrees Celsius. Is that enough to avert some really scary climate consequences, including widespread crop failures and the inundation of coastal cities? No. But it is forward movement.

Ditching fossil fuels is costly, but sticking with them is costlier.

Shifting the global economy from coal to renewables won’t happen spontaneously. It needs government subsidies to promote renewables rather than to promote fossil fuels, which is currently the case. The I.P.C.C. says governments and companies may need to invest three to six times the $600 billion they currently spend annually on promoting clean energy and reducing emissions.

A failure to do so would very likely be more expensive. The panel’s projections say that countries will be poorer if they do not take action to shift to renewable energy sources, and that estimate doesn’t even count the economic benefits of improving public health and reducing extreme weather disasters.