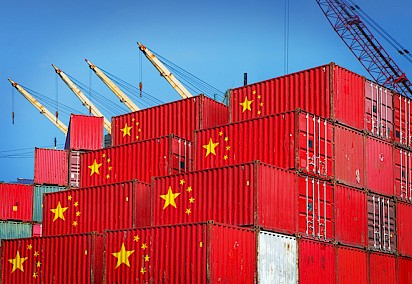 Manufacturers of lithium-ion batteries for electric vehicles and energy storage facilities are sinking billions of dollars into new factories across the U.S., in line with the Biden administration’s commitment to reduce the nation’s heavy reliance on China, the world’s largest supplier of battery cells and other components.

But as America’s battery production buildout gathers momentum, U.S. lithium-ion imports continue to rise, hitting a record 142,053 metric tons in the first quarter of 2022, surging 153.9% from a year earlier and 38.7% from the fourth quarter of 2021, according to data from Panjiva. 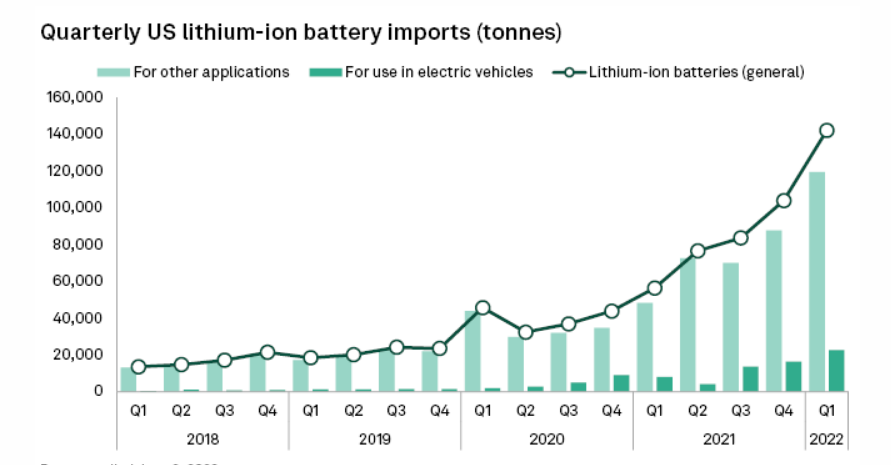 As a share, however, China-sourced imports declined from 80.2% in the fourth quarter of 2021.

Japan increased its battery shipments to the U.S. to 15,578 metric tons, or 11% of total imports, up from 3,217 metric tons, or 3.1%, in last year’s fourth quarter, with large shipments coming from Toyota, as well as consumer electronics companies SANYO Electric Co. Ltd., a subsidiary of Panasonic Holdings Corp., and Toshiba Corp.

Poland and Germany each accounted for 1.4% of first-quarter imports.

As imports spike, U.S. lithium-ion battery manufacturing is poised to climb quickly in the coming years. After exiting 2021 with an estimated 38 GWh of annual production capacity, domestic output is on pace to hit 68.9 GWh in 2022 and 120 GWh in 2023, according to an S&P Global Market Intelligence forecast. U.S. battery manufacturing could grow further to 381.9 GWh by 2025 and 619.9 GWh by 2030, according to the forecast.