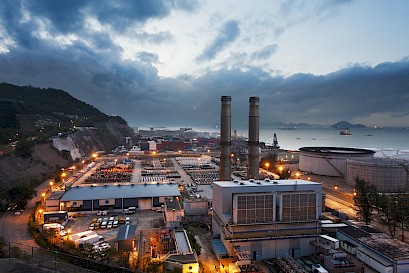 Governments  around  the  world are faced with the  challenge of  ensuring  electricity security  and  meeting  growing  electricity  uses  while simultaneously  cutting emissions.  The significant  increase in  renewables  and electrification of  end-uses plays  a  central  role  in  clean  energy  transitions.  However,  due  to  the  variable  nature of  solar  PV  and  wind,  a  secure  and decarbonised power  sector  requires  other flexible resources  on  a  much larger  scale than  currently  exists  today.  These include low-carbon dispatchable power  plants,  energy  storage,  demand response and  transmission  expansion.  The  availability  and  cost  of  these  technologies depends  on local  conditions,  social  acceptance and policies.

Thermal  generation  is  the  largest  source  of  power  and  heat  in  the  world  today, also  providing key  flexibility  and other  system  services  that  contribute  to  the security  of  electricity  supply.  These  plants  are  also long-lasting:   By  2030,  79%  of the coal  and  gas-fired plants  in  advanced economies  will  still  have useful  technical life,  before declining  to  43%  in 2040.  In emerging  economies,  due  to  recent investments,  these  figures  are  83%  in  2030  and  61%  in  2040.  Countries  that  rely strongly  on  fossil  fuel-based power  generation  will  be required  to  make very significant  efforts  to achieve decarbonisation objectives  to comply  with  the Paris Agreement  or  Net  Zero  targets,  where applicable.

The possibility  to combust  high shares  of  low-carbon hydrogen  and ammonia in fossil  fuel  power  plants  provides  countries  with an  additional  tool  for  decarbonising the power  sector,  while  simultaneously  maintaining  all  services of  the existing fleet.  The  relevant  technologies  are  progressing  rapidly.  Co-firing  up  to  20%  of ammonia  and  over  90%  of  hydrogen  has  taken  place successfully  at  small  power plants,  and  larger-scale  test  projects  with higher  co-firing  rates  are  under development.

The  value of  low-carbon dispatchable power  capacity  depends  on  several variables,  such as  market  design,  availability  of  other  flexibility  options,  energy  mix and the  price  of  carbon,  which can vary  greatly  across  regions.

By  2030,  thermal  power  plants  using low-carbon  fuels  could  play  a  growing role as  a  dispatchable  resource  for  covering peak  demand  periods  when the  value  of the  produced  electricity  is  high,  and  for  providing  a  range  of  system  services  to ensure energy  security  and capacity  adequacy  to  avoid costly  disruptions  in the energy  supply.  For  example,  dispatchable thermal  power  plants  in  India are expected  to provide 40%  of  energy,  50%  of  system  inertia,  almost  60%  of  peak capacity  and over  70%  of  ramping  flexibility  services  in the IEA  Sustainable Development  Scenario  (SDS)  by  2030.

Low-carbon  fuels  can  play  an especially  important  role  in countries  or  regions where  the thermal  fleet  is  young,  or  when  the  availability  of  low-carbon dispatchable resources  is  constrained.  In  these settings,  they  can allow  existing assets  to  continue operating  even when climate  regulations  are  tightened,  thereby diminishing  the  risk  of  creating stranded  assets.  This  is  particularly  the  case in  the East  and  Southeast  Asia.

By  2030 the cost  of  low-carbon hydrogen and  ammonia  for  use as  chemical feedstock  becomes  comparable to  those  of  unabated production from  fossil  fuels. However,  for  use  as  a  fuel,  they  are  expected  to  remain  significantly  more expensive than projected  prices  of  coal  and  natural  gas  in 2030  in the  SDS.

Full  value chains,  including transport  and storage,  must  be  considered when comparing  the  cost  of  using  low-carbon fuels  from  different  sources

An extensive transport  and storage  infrastructure  is  a prerequisite  for  establishing global  value chains,  and  connecting  low-cost  production regions  with users  of  lowcarbon fuels.

Transmission of  hydrogen and ammonia via pipelines  is  a  mature  technology  and represents  a  relatively  small  proportion  of  the  overall  supply  cost.  Intercontinental ammonia  transport  is  also well  developed,  relying  on  chemical  and semirefrigerated  liquefied  petroleum  gas  (LPG)  tankers.

There  are  currently  no  internationally  agreed  rules  or  standards  on  the  maximum allowable GHG  emissions  associated  with the  production  of  hydrogen  and/or hydrogen-derived fuels.  In the  case  of  the  CCUS  route,  such standards  would dictate minimum  eligible  CO2  capture  rates  and  place  limits  on  the  maximum allowable upstream  emissions.    At  the  same  time,  such  rules  and  standards  are also  relevant  for  electrolysers  if  grid  electricity  is  used,  as  the  power  mix  will significantly  influence  life-cycle  emissions.

Going  forward,  standards  are needed  to create  end-user  confidence  towards  fuels that  are carbon-free at  the point  of  consumption,  but  might  produce significant GHG  emissions  during  production,  transport  and  final  distribution.  For  example, switching  from  coal  to unabated fossil  ammonia  can  double  life-cycle  GHG emissions,  and  even triple them  in  the  case  of  switching  from  natural  gas  to unabated fossil  hydrogen.

A  diverse mix  of  supply  locations  and technologies  can  help  ensure secure supplies  should producers  struggle  to  meet  rapidly  growing  demand.  Costs  for renewables  and  the  electrolytic  route  are  more  predictable  and  can  help  to  balance possible disruptions  in  the  supply  and price swings  of  natural  gas  and  coal,  which affect  the production costs  of  the  fossil  fuel  with CCUS  route.

Low-carbon hydrogen and ammonia production  can be  kick  started  in  places where production  can  build  on existing infrastructure and  demand.  There  are also possibilities  to integrate  the  electrolytic  and  fossil  fuel  with CCUS  processes  into a  hybrid  plant  that  can  offer  increased  efficiency  and  potentially  lower  capital investment  requirements.

If  the  biomass  feedstock  is  sustainably  produced,  carbon-negative  hydrogen  and ammonia  can  be  produced by  capturing by-product  CO2  from  a biomass conversion plant,  a  particularly  interesting option  in  high-price  carbon jurisdictions.

The  overall  strategies  and policies  to  incentive  low-carbon fuels  should  be kept open  for  different  technology  options  as  long  as  basic  sustainability  criteria  are met.  This  is  likely  to  increase competition and  accelerate  cost  reductions,  while increasing  diversification and security  of  supply.

By  2030,  low-carbon hydrogen  and  ammonia  are likely  to  remain  expensive energy  carriers  for  power  generation.  However,  in  Japan  the  gap  between the generation cost  and  the  value of  the produced  electricity  is  moderated by  the wholesale  electricity  market  that  allows  higher  prices  during  peak  demand  periods, and  by  the  high  carbon  price  assumed  in  the  SDS  for  advanced  economies  by 2030. Our  analysis  suggests  that  co-firing  60%  of  low-carbon ammonia in a Japanese coal  power  plant  in  2030  would lead to a  generation  cost  that  is  30% higher  than  energy  market  value  in  baseload,  but  just  15%  higher  in  peak  load conditions.  In addition,  these  generators  will  be able to  compete  on  Japan’s capacity  market,  striving  for  an  additional  source  of  revenue.  By  contrast,  using the same low-carbon ammonia in Indonesia would lead to  a  four-fold increase in generation costs  compared with the variable operating  costs  of  a coal  power  plant. The impact  would be fully  felt  due to  the  absence of  both a wholesale electricity market  and  a  carbon  price.

To support  the use of  low-carbon  fuels  in  the  power  sector,  electricity  markets should be  redesigned  to reward  flexibility,  capacity  and  other  system  service contributions  provided by  low-carbon thermal  power  plants.  This  could be accompanied  by  support  measures  such  as  carbon  pricing  and/or  other complementary  policies,  as  well  as  regulatory  frameworks  to  further  decrease the remaining cost  gap  with incumbent  generation.  Support  measures  should be tailored  towards  cost-effective  system  integration  and  maximising  the  value  of  lowcarbon  dispatchable  generation.  They  should  also aim  at  fostering competition and improving environmental  performance  over  time.

In any  case,  given  expectations  of  increased  competition from  other  forms  of  lowcarbon dispatchable resources  and  other  flexibility  and storage  options,  as  well as from  possible retrofitting  of  fossil  fuel  plants  with  CCUS, the  feasibility  and competitiveness  of  low-carbon  thermal  power  plants  will  need to  be  continuously and carefully  assessed.

It is  vital  that  economies  with  strong  drivers  for  using  low-carbon  fuels  successfully create  demand,  bring  down costs  and stabilise  value chains  by  2030.   Only  their success  will  open up  opportunities  to  expand low-carbon  fuel  use  in emerging  and developing  economies.

This  is  particularly  relevant  for  countries  with  young  fossil  fuel  fleets,  after  having implemented  and  utilised  most  of  their  existing  flexibility  resources,  such  as  grids and interconnections,  storage  and  demand-side  response.  For  example,  lowcarbon  fuels  use  is  a  possible  long-term  option  for  emerging  economies  in Southeast  Asia.  Power  systems  in  this  region  already  have considerable  other latent  flexibility  that  can  be  activated  by  targeted  policy  measures  to  address flexibility  needs  in  the  short  term,  while  in  the  longer  term  there  are  opportunities for  using low-carbon  fuels  in the  existing  thermal  power  plant  fleet.

Displacing  meaningful  amounts  of  fossil  fuels  from  power  generation will  require a  major  expansion of  the supply  infrastructure.  This  implies  not  just  massive investments  but  also  concerted  and  coordinated efforts  across  many stakeholders,  including  duly  addressing health  &  safety  risks  related  to  the handling  of  hydrogen and ammonia.

Electrolyser  and hydrogen transport  capacity  especially  need to  massively  expand many  times  over  their  current  size.  Despite already  being  widely  traded,  transport volumes  of  ammonia  are also  small  in comparison  to  the  needs  of  the  power sector.  For  example,  co-firing  60%  of  ammonia in a  coal  power  plant  fleet  of  just 10 GWe –  about  10 large coal  plants –  would mobilise an  amount  almost equivalent  to  the  total  ammonia  traded worldwide today.