The dirty side of electric vehicles, explained 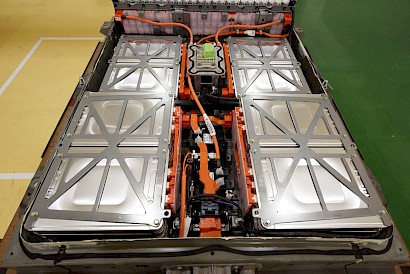 Lithium-ion batteries are a transformative technology in the fight against climate change. Most notably, they power electric vehicles, which have the potential to replace emissions produced by road transportation.

But there’s a problem: These batteries require nickel. And in Indonesia, where the majority of nickel is produced, the production process emits large amounts of carbon and pollution. It’s impacting the people who live by the production centers, who are registering an increase in respiratory illnesses. The US is essentially outsourcing carbon emissions and pollution in exchange for green energy.

It doesn’t have to be this way. Indonesia sits along the Ring of Fire, one of the most geologically active regions in the world, making it an ideal place to produce geothermal energy.

Geothermal energy taps into the heat beneath the ground mostly found in volcanic regions. Using the heat beneath the Earth’s surface requires drilling into the ground, drawing up the hot water, and using it to turn turbines that produce electricity. After, the water is funneled back underground, making geothermal a mostly clean and renewable energy source.

While the exploration and development process of geothermal energy can be expensive, Indonesia already has more than 30 active geothermal facilities.

As the world’s need for lithium-ion batteries increases, Indonesia and the companies invested in the region have the opportunity to make their processes greener from start to finish — and protect the people who live next to nickel production centers.

To understand the repercussions of nickel production in Indonesia and how geothermal energy could help fix the air pollution and emissions it produces, watch our video.

This video was made possible by a grant from the BEMC Foundation.

The Future Perfect team at Vox explores big problems and the big ideas that can tackle them. Read more from them on topics ranging from antibiotics to the future of meat and more.