Spain launches inquiry after dams drained for profit during drought 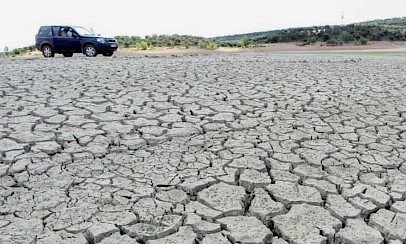 The Spanish government has launched an inquiry after it emerged that a power company drained two reservoirs during a heatwave and drought in order to profit from exceptionally high electricity prices.

Iberdrola, the country’s second biggest producer, drained the dams in Zamora and Cáceres provinces in western Spain over a period of a few weeks to produce cheap hydroelectricity while the price to consumers is at a record high.

Air conditioners and fans are going flat out as Spain remains in the grip of a heatwave. It recorded its highest ever temperature on Saturday, 47.2C (117F), in Córdoba in Andalucía.

The minister for ecological transition, Teresa Ribera, described Iberdrola’s actions as scandalous and has written to the company.

“This can’t be allowed to happen,” she said in a televised interview. “Water is a scarce resource which is just as important for the wellbeing of families and the economy as it is for generating electricity.”

Ribera said she viewed Iberdrola’s actions as irresponsible, but that they were not illegal because the companywas allowed to use a fixed quantity of water a year whenever it wished and regardless of climatic conditions.

“It’s legitimate but not reasonable, which is why we want to intervene as soon as possible,” she said.

Both reservoirs are a long way from the sea and were popular for swimming and boating, especially in the hot summer months. Now they’re a desert, according to Javier Aguado, the mayor of San Cebrián de Castro, one of the villages affected.

In another, San Pedro de la Nave-Almendra, the water level is so low the pumps that extract drinking water have become clogged with mud and the filters have to be cleaned twice a day.

Electricity prices in Spain are fixed on a daily basis through what is effectively an auction as power generators bid for their slice of the market based on expected demand.

A base price is set by the cost of nuclear power and renewables such as wind and solar, because they are the cheapest, and then the rest – hydro and fossil fuel generators – make their bid.

The net effect is that the higher the demand, the higher the price, with fluctuations making it almost impossible for consumers to budget for their electricity bill.

Draining the reservoirs to accelerate hydroelectricity production put Iberdrola in a position to bid for a bigger slice of the cake.

With the heatwave expected to continue for several more days, most of the country faces temperatures ranging from 30 to 44 degrees.

Passengers who took the Albacete to Córdoba train on Friday are demanding a refund from the national rail company Renfe after they spent 4.5 hours in 45C heat without air conditioning.

In Barcelona, zookeepers are feeding the gorillas and chimpanzees ice-cream to cool them down.