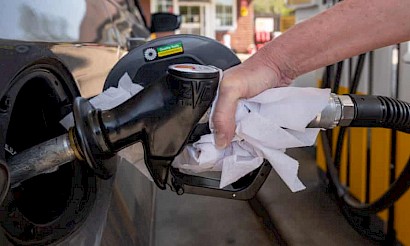 Rising oil prices could help speed climate action by accelerating the shift to electric vehicles, but would come at the expense of the economic recovery from the Covid-19 pandemic, according to the global energy watchdog.

The world’s demand for crude surged by an average of 3.2m barrels a day (b/d) in June compared with the previous month but the return of oil production has failed to keep pace, triggering a steady rise in market prices.

The International Energy Agency (IEA) warned that oil prices, which climbed by two-thirds this year to highs of $77 a barrel earlier this month, could climb higher and lead to market volatility unless big oil producers pump more barrels.

“While prices at these levels could increase the pace of electrification of the transport sector and help accelerate energy transitions, they could also put a drag on the economic recovery, particularly in emerging and developing countries,” the IEA said.

US drivers are already facing record high prices to fill up their tanks due to rising oil market prices. The price per gallon reached an all-time high of $3.14 on Monday, and analysts have warned that the price could climb to $5 a gallon.

As a result, the cheaper price of running an electric vehicle may encourage more motorists to make the switch sooner than planned, boosting efforts to cut emissions from transport. But higher fuel prices could also stoke cost inflation across the global economy, particularly in developing countries.

The Paris-based agency used its influential monthly oil market report to warn members of Opec and its allies (Opec+) that without success in its oil production talks the market would “tighten significantly as demand rebounds from last year’s Covid-induced plunge”.

Oil demand fell at its steepest rate since the second world war after the outbreak of coronavirus, from 100m barrels of oil a day to just over 91m barrels. But demand could rebound at its quickest rate on record to reach pre-pandemic levels by the end of 2022, according to an earlier IEA report.

The Opec+ talks to determine how quickly to increase the cartel’s oil production after historic production cuts last year fell apart last week, meaning output from the cartel is expected to rise by only 400,000 b/d from August.

Meanwhile, the IEA has predicted that between July and September oil demand could rise to 3.3m b/d higher than the previous quarter.

In Europe, demand for air transport grew “significantly” in June, boosting demand for transport fuels. The number of scheduled seats increased by 52% in the UK compared with May, according to data provider OGA, with similar increases recorded for France (46%), Germany (44%) and Spain (53%).

The mismatch between fast-rising oil demand and a slower pace of oil production could lead to oil market volatility if there is uncertainty over the future oil supply from Opec+. Ultimately, volatility in the market “does not help ensure orderly and secure energy transitions – nor is it in the interest of either producers or consumers”, the IEA said.