Once cheap, wind and solar prices are up 34%. What’s the outlook? 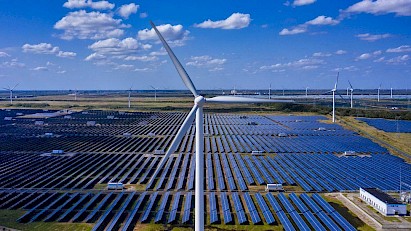 Early last year, I thought the increase in wind and solar power prices was a blip. After all, one of the constants in my decade-plus covering energy was that wind and solar prices were in a near-perpetual state of decline.

Not anymore. The trend is unmistakable. Prices are rising—by a lot.

But the good news for the wind and solar industries is that their resources remain among the least expensive, largely because every major source of electricity is also experiencing a spike in costs. And the Inflation Reduction Act, passed in August, contains incentives for renewable energy manufacturers to build their products in the United States, which could set the stage for a new era of growth in the domestic supply of wind and solar components, and could help to reduce prices.

This week, we have some new data points from LevelTen Energy about the extent of the price increases. The Seattle company, which runs an online marketplace for buyers and sellers of renewable energy, found that the prices of solar contract offers in North America have risen 30 percent in the third quarter of 2022 compared to the third quarter of the prior year. Wind contract prices were up 37 percent in the same timeframe.

Gia Clark, senior director of developer services LevelTen, said the market is being driven by “off-the-charts demand” from companies and governments that want to buy long-term contracts for wind and solar. These contracts, called power purchase agreements, are at the heart of how wind and solar businesses work.

The key dollar figure from the report is a national average of $45.93 per megawatt-hour, which is a price that includes wind and solar contract offers, and is up 34 percent from the third quarter of last year.

In 2018, when LevelTen started releasing the report, this figure was less than $30.

He said a major reason is that solar panels, the largest outlay for most solar projects, have gotten much more expensive. At the beginning of this year, solar panels were selling for roughly 35 cents per watt on average. Now, that’s up to about 45 cents, with some projects getting into the 50-cent range, he said.

Chopra attributes this to a long list of factors, starting with U.S. policies, like the tariffs on imports of solar equipment from China, and a ban on panels that include silicon mined in a region of China associated with human rights abuses.

The Biden administration issued a two-year moratorium on solar tariffs this year, but the policy, initially adopted by former President Donald Trump, was around long enough to affect current prices.

The rise in solar panel prices is happening at the same time that almost every aspect of building renewable energy projects is getting more expensive, from labor to the costs of acquiring leases for land.

“Everything has gone up,” Chopra said.

Looking ahead, he expects solar project costs to level off and then hold steady for several years. The good news here is that the price increases would slow or stop, but the bad news is that the increases that have already happened aren’t going away, at least not for a while.

The most encouraging part of his outlook is what happens in about 2025, thanks largely to the Inflation Reduction Act and its incentives for companies to manufacture renewable energy parts in the United States.

Even before the bill passed, solar panel makers were increasing their manufacturing capacity in this country, partly in response to tariffs. One notable example is Qcells of South Korea, which has announced plans to build a second panel plant in Georgia, near the one that the company opened in 2019.

It will take several years for companies to respond to the Inflation Reduction Act and shift resources to do more manufacturing in the United States, Chopra said. Once that happens, he envisions an era in which the supply of panels will be much larger than it is today, which should lead to more competition between manufacturers and lower prices.

In the meantime, developers continue to build solar and wind projects at a rapid rate, despite the price increases. Some buyers of the electricity are doing so to meet corporate goals or government requirements, which means fluctuations in prices don’t have much of an effect on demand.

Also, it’s important to note that price increases for wind and solar are happening alongside a surge in costs for all major sources of electricity.

“All the conventional power resources, they’ve gone up across the board,” Chopra said.