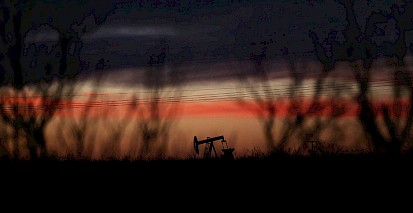 An upswing in oil prices usually unleashes a drilling boom. Not so this year.

Oil companies have been hesitant to embrace the rally in oil prices. It comes as investors exert increasing pressure on oil companies to green their businesses, prompting drillers to pare back spending on long-term projects.

Now, those climate ambitions are colliding with a tantalizing jump in crude prices.

Brent, the international benchmark for crude, eclipsed $70 this week for the first time since the onset of the coronavirus pandemic. The U.S. benchmark has rallied almost 40% since the start of the year, reaching roughly $66 a barrel — a level not seen since 2019.

Yet drillers have been slow to start their rigs. Companies have added nearly 100 rigs in North America through the first five months of the year, bringing the number operating in the field to 457, according to Baker Hughes Co. That is a far cry from the 800 rigs operating at the start of 2020.

Drillers’ hesitancy is explained by several factors. Bankers are loath to lend to shale producers after many failed to deliver the returns promised during the booms of the last decade. Investors are demanding drillers prove they can generate positive cash flow, hampering new drilling plans.

Saudi Arabia, meanwhile, seems content to bask in a period of high oil prices, at least for the time being. The kingdom is one of the few countries that can open the taps to quickly ramp up production. But at a meeting of OPEC this week, the Saudi-led cartel announced it would stick to its plan to gradually boost production.

Then there’s the rise of climate-conscious investors. They are perhaps the biggest influence on drillers’ reluctance to bore holes.

European oil majors like BP PLC, Royal Dutch Shell PLC and Total SE have all announced a pivot away from oil, responding to calls from investors and governments to green their business. American holdouts like Exxon Mobil Corp. and Chevron Corp. are facing pressure from their investors to follow suit. Exxon saw three climate-minded directors appointed to its board last week, while Chevron shareholders passed a resolution calling on the company to reduce its emissions.

The combination means investment in new oil production is lagging.

Spending on crude production is projected to increase 8% this year to $350 billion, well below the nearly $500 billion spent in 2019, according to the International Energy Agency. Total global spending on renewable energy generation, by contrast, is expected to hit $371 billion this year.

“The question in booms past has been how quickly will capital investment ramp up to increase supply in line with that environment,” said Alex Dewar, who tracks the industry at the Boston Consulting Group. “The question this time is will investors let [capital expenditures] increase. It is a totally new environment we’re in right now.”

The dynamic heralds a potential new era in oil markets.

Oil majors are increasingly hesitant to approve long-term projects, like offshore platforms, which are capital intensive and require years to bring to fruition, analysts said. Instead, many will likely turn their focus to short-term ventures like shale, where wells can be developed quickly and production tails off after several years.

The pivot comes as more companies divert dollars to investments outside the oil patch. IEA reckons oil majors will increase clean energy investments to 4% of their total capital expenditures this year, up from 1% in 2020.

“I think things have changed, particularly in Europe,” said Marianne Kah, a senior research scholar at Columbia University and a former chief economist at ConocoPhillips. “It really is going to chase capital away from carbon-intensive industries.”

The result is a world short on oil.

Demand for crude is climbing as the global economy begins to rebound from the pandemic, and it could surge further if India is able to shake off its explosion of coronavirus cases.

Oil stockpiles, which were filled to record capacity in 2020, are now being drawn down and are projected to fall below their 2015-2019 average by the end of July. OPEC data suggests the world’s demand for oil will exceed supply this year by 1.4 million barrels per day, according to Reuters.

Many analysts think the tight market is likely to result in higher prices, for both producers and consumers. Yet that may not be enough to change the behavior of the largest firms.

“Typically, it is the boom-bust cycle. But if you’re going to have the majors in particular not returning back no matter the price, this time it’s potentially different,” said John Kilduff, who tracks oil markets at Again Capital LLC. “Prices could stay higher.”

It remains to be seen whether companies’ present restraint continues. The industry has a poor track record of maintaining capital discipline in the face of high prices, said Andrew Logan, senior director for oil and gas at Ceres, a nonprofit that works with investors to green their businesses.

The real test will come in the fall when companies outline their spending plans for the coming year, he said. If high prices persist, the climate pledges of those companies could be tested.

Either way, the situation points to larger challenges in the future, Logan said. The oil market is likely to become more volatile as companies hold off on long-term projects. An emphasis on short-term projects could lead to a more reactive market, with dramatic swings between periods of oversupply and undersupply.

“I don’t think the average investor understands just how volatile the transition away from oil is going to be,” Logan said.