Notorious end-of-life tire stockpile in Kuwait to be liquidated 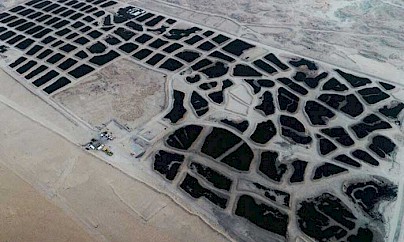 Online newspaper Arab Times Online reported that since November 2020, the Environment Public Authority (EPA) in Kuwait has made extensive efforts to end the more than 30-year-old crisis of indiscriminately storing old vehicles tires in the desert of Kuwait, particularly in the Jahra governorate, which has contributed to wasting public money over the past years, according to Al-Qabas Daily. The more than 52 million tires is the most prominent obstacle to a huge housing project which the state seeks to implement in the suburb of southern Saad Al- Abdullah. Only eight months after the EPA received alternative land in Salmi to transfer these tires, near the tire recycling factories, the EPA was able, according to an official in the authority, to remove 95% of the tires, which were considered a major obstacle to starting the housing project.

According to the source, one EPA official revealed that a big amount of tires has been transferred to alternative lands in Salmi according in line with the environmental and other requirements of the Directorate-General of the Fire Department to protect the environment and benefit from these tires in the future in recycling operations and facilitating the transportation process. He expected the process of transferring tires and handing over the site to the Public Authority for Housing Welfare (PAHW) will be completed within days. The scheduled handing over of the land to PAHW is believed to be August 2021. The official confirmed that the authority, since the beginning of the transfer of tires and the handover of land in November 2020, has worked on studying advanced initiatives to deal with the accumulated tires, in addition to working to establish other factories for a safe future for future generations, such as the existing recycling factory. He says four additional tire recycling plants are expected to be established in Salmi.