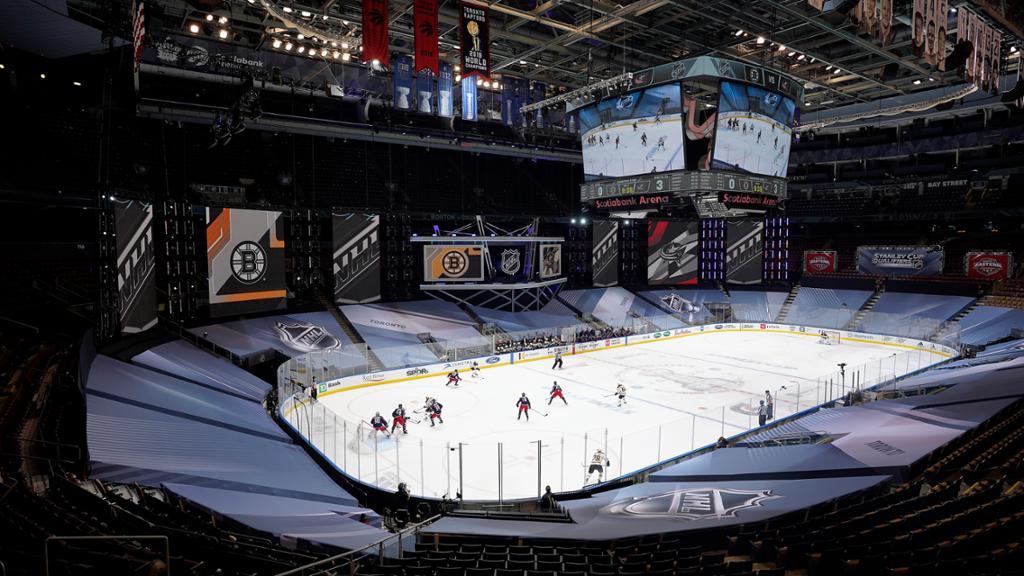 For over a decade the N.H.L. has promoted its commitment to the environment, using hockey’s birth on frozen ponds to connect the sport to the natural world and to portray its protection as a corporate imperative. But a new report questions that commitment and accuses the league of using its N.H.L. Green program to endorse refrigerants that will contribute to irreversibly warming the planet.

The N.H.L. has a partnership with the chemical company Chemours that involves promoting Opteon, a group of refrigerants produced by Chemours that are used in chillers underneath the ice at rinks. A news release issued last month announced a multiyear renewal of the partnership, which began in 2018, saying the deal would provide “environmentally and economically sustainable refrigerant solutions” to ice rinks across North America.

But Opteon refrigerants have a high global warming potential, especially compared with ammonia, a chemical that does not warm the planet and is already used in the chillers of thousands of ice rinks. Misleading marketing could prompt hockey rinks across the United States and Canada to adopt a refrigerant that worsens climate change, according to the report published Wednesday by the Environmental Investigation Agency U.S., a nongovernmental organization based in Washington, D.C.

“The N.H.L.-Chemours partnership poses serious ethical concerns by disseminating a dangerously misleading message that it is sustainable to choose a potent greenhouse gas over a refrigerant with zero climate impact,” says the report, which was reviewed in advance by The New York Times. “The N.H.L. is using its prominent influence and platform to amplify this misinformation to communities and companies.”

An N.H.L. spokesman said in an email on Tuesday that the league had not seen the report and declined to comment.

An email from a Chemours spokesman said the company had also not yet seen the report. But based on what the Environmental Investigation Agency shared with the company ahead of publication, the Chemours spokesman said that the report appeared “misleading,” and that it “mischaracterizes” the company’s products and describes its relationship with the N.H.L. inaccurately. Thom Sueta, the spokesman, said that the company’s products have “favorable cost and safety profiles” and that the report would not deter its “efforts to help community ice rinks reduce their environmental footprint.”

Though N.H.L. teams play in 32 high-profile arenas, the market Chemours is really targeting is the thousands of smaller ice rinks across North America. Once systems that use the company’s refrigerants are in those rinks, those systems are likely to be in place for a couple of decades, maintaining a market for Opteon.

The news release announcing the extension of the partnership said that more than 200 rinks — including those where the San Jose Sharks and the Colorado Avalanche play, as well as the Beijing arena that will host the ice hockey competition at the Winter Olympics early next year — had switched to Opteon.

The Environmental Investigation Agency calculates that if all of North America’s roughly 4,500 ice rinks switched to Opteon from ammonia, over their lifetime those systems would emit an amount of carbon dioxide equivalent to what would be generated by 15 coal-fired power plants in a year.

Opteon refrigerants have names like XP10 and XP40 and are made of a blend of hydrofluorocarbons, or HFCs, and hydrofluoroolefins, or HFOs. These are human-made compounds that are most commonly used in air-conditioning and refrigerator systems.

“There’s a reason why these compounds have been targeted for phasedown, which is that they contribute to global warming and they’re very potent,” said Susan Solomon, a professor of atmospheric chemistry and climate science at the Massachusetts Institute of Technology. “For every pound of it that you emit, your impact on global warming is far greater than a pound of carbon dioxide.”

HFCs have been targeted for reduction by treaties and laws around the world because they contribute to global warming, and more than 120 countries, including Canada, have signed on to a treaty committing to reduce their use. The Biden administration has introduced regulations to reduce HFC use by 85 percent over the next 15 years.

Business-as-usual emissions of HFCs could increase global warming by as much as half a degree by the latter part of this century, Solomon said. To stave off the most catastrophic effects of global warming, scientists say, the world must prevent the global temperature from rising more than 1.5 degrees Celsius above preindustrial levels.

Though ice rink refrigeration systems might ultimately play a small role in warming, Solomon questioned the N.H.L. and Chemours’s advocacy of HFCs at a time when the world is trying to rapidly move away from them.

“Personally, I love the Boston Bruins,” she said. “But it’s hard for me to make a case that they should get a special exemption” if they were to seek to switch to a new refrigerant from the ammonia that currently chills TD Garden. “And,” Solomon added, “why can’t they go directly to compounds that are already being used as substitutes?”

The N.H.L.’s sustainability messaging now prominently features Chemours chemicals, but it wasn’t always that way. A league-issued “Greener Rinks” infographic on refrigeration systems from before 2018 endorses ammonia and carbon dioxide as natural refrigerants, saying that ammonia refrigeration systems have “significantly lower potential for ozone depletion and global warming” than HFCs and a predecessor, hydrochlorofluorocarbons, or HCFCs.

Matthew Rigby, an atmospheric scientist at the University of Bristol in England, said that the HFC refrigerants currently being marketed by the N.H.L. “weren’t the worst,” especially compared with compounds that were commonly used at arenas in the past. “They’re fairly nontoxic and they don’t deplete the ozone layer,” he said. “So obviously this is much more preferable, but they do still impact the climate.”

The major concern about ice rink refrigeration and similar systems is that they tend to be very leaky, said Alex Hillbrand, an expert on HFCs at the Natural Resources Defense Council, a nonprofit environmental group. “That system has a bunch of connections, like metal to metal joints, which can leak,” he said. “The chiller vibrates significantly as it’s operating. And vibrations over time cause small gaps to form.”

The refrigerants could also escape when these systems are ultimately disposed of, Hillbrand said, making it important for there to be programs in place to capture, collect and properly incinerate the gas.

Most scientists look at how much a substance warms the planet over 100 years to understand its effect on the environment, which is called its global warming potential. While the Environmental Investigation Agency and Chemours differ slightly on the numbers, they broadly agree that the first of two refrigerants marketed as Opteon warms the atmosphere about 600 times more than the same mass of carbon dioxide over a 100-year period; the second warms the atmosphere in excess of 1,200 times more.

“You’re pushing facilities away from ammonia,” Hillbrand said. “That’s a step in the wrong direction.”

Chemours contends that Opteon is mostly used to replace the more harmful chemicals in older ice chiller systems, and that it reduces the global warming potential of those systems anywhere from 20 to 80 percent. Sueta, the company spokesman, said that Opteon was cost efficient for rink operators, and that while ammonia has no global warming potential, its production requires the use of fossil fuels.

In a warming world, demand for refrigeration systems may rise as owners of small ice rinks — especially backyard versions that have traditionally relied on naturally freezing temperatures — struggle to keep the ice intact.

Climate Pledge Arena in Seattle is home to the N.H.L.’s newest team, the Kraken. Amazon bought the rights to name the building after its own environmental initiative. The arena is powered by renewable sources and has a goal of diverting 97 percent of its waste from landfills. Its operator has promised to buy credits to offset any carbon produced. Environmental considerations were front and center in almost every facet of the arena’s retrofit, which cost more than $1 billion.

And its ice chilling system? It uses ammonia. Rob Johnson, the head of sustainability and transportation for the Kraken, said that environmental concerns influenced the team’s decision on which chilling system to buy and that the “lower carbon footprint of an ammonia chiller compared to an HFC-based chiller was a consideration.”