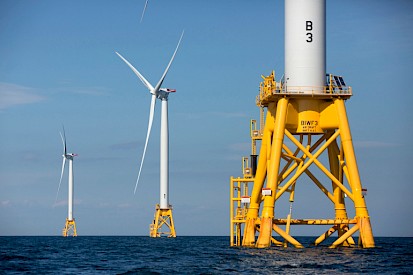 In the United States, financing infrastructure and clean energy projects is often contingent on the quirks of partisan dealmaking in Congress. But there may be a better way.

A green bank model has been successful in several other countries. The United Kingdom’s green bank funded much of its offshore wind boom before the government sold it in 2017. (The current UK government is exploring bringing it back.) Through Australia’s green bank, the largest in the world, the country has invested in wind, solar, and hydrogen development in addition to financing the construction of energy-efficient homes.

A green bank isn’t government grants, and it’s not tax credits — which are the primary federal drivers of clean energy development in the United States. Instead, these banks typically take the form of either a government-owned or quasi-public bank that takes a set amount of government money to launch and then leverages private money to fund different projects. And like private banks, green banks expect to be paid back.

There’s no green bank at the federal level in the US, but a handful of states and cities — including Connecticut, New York, and Washington, DC — have been running them for years. In 2020, nearly $2 billion of green bank funds generated $7 billion of investment in projects around the country, without federal investment. But that could soon change. President Joe Biden included $27 billion for a “Clean Energy & Sustainability Accelerator” (a longer name for a green bank) in his $2.25 trillion American Jobs Plan. Biden’s proposal is modeled on a bill from Rep. Debbie Dingell (D-MI) and Sens. Ed Markey (D-MA) and Chris Van Hollen (D-MD) calling for $100 billion of federal investment over 10 years — projecting it could grow to over $800 billion by leveraging additional private funds.

“It’s a hugely promising strategy, both for deploying clean energy, and especially in the communities that need those benefits,” US Energy Secretary Jennifer Granholm said earlier this month.

The next few weeks and months will determine what can make it into an infrastructure bill and what can pass through Congress. If the US embraces the green bank concept at the federal level, it could be a game-changer for how clean energy is financed as well as the rate the US could develop new projects. This is especially true if the green bank was coupled with more investment and production tax credits in a final infrastructure bill.

“It’s not an either or, it’s an and both,” said Sam Ricketts, cofounder of the climate policy group Evergreen Action and a senior fellow at the Center for American Progress think tank. “You add to what is an unrivaled federal government power of the purse — you could make these projects go zoom.”

Clean energy development in the US is typically funded by production and investment tax credits, which — as the name suggests — encourage companies to either invest in wind, solar, and other clean technology or to produce more clean energy in exchange for reducing their taxes.

Green banks work much more like a regular bank — lending money for clean energy or energy-efficiency projects with an expected return on investment. Green banks essentially use a combination of public and private money, taking a smaller amount of public funds and leveraging private dollars to grow projects.

Green banks are set up in a variety of ways. The New York Green Bank is a division of the New York State Energy Research and Development Authority. Michigan’s green bank is a nonprofit. Connecticut’s is quasi-public, created by a bipartisan state legislature bill in 2011. Australia’s green bank — the largest in the world — is owned by the government. Still others like California’s are part of state infrastructure banks, which fund local infrastructure projects like roads, bridges, schools, and municipal buildings as well as clean energy development.

“[In Connecticut,] we’re an intermediary between the policy objectives of the state and the private markets,” Connecticut Green Bank president and CEO Bryan Garcia told me in an interview. “We use private-sector discipline to achieve public sector goals.”

Since it was started in the mid-aughts, the Connecticut Green Bank has ushered in $1.94 billion worth of investment into the state’s economy. The vast majority has been from private investment, a full $1.65 billion — and for every dollar of Connecticut Green Bank investment, the state is able to attract $6.60 of private investment in projects. It’s estimated that this has not only reduced energy cost savings for over 55,000 families and close to 400 businesses in the state, but it’s also resulted in the installation of 434 megawatts worth of clean energy.

One state over, New York Green Bank founder Richard Kauffman’s experiences managing the loan portfolio in Barack Obama’s Department of Energy shaped what he wanted to do — and not do — for a green bank at the state level. One thing Kauffman wanted to avoid was giving out government subsidies for projects that might have happened without help from the government. He instead wanted the bank to find projects that were struggling to attract private money, the kind that could really benefit from a green bank loan.

“You want to think about a green bank as being a double incubator,” Kauffman said. “It can both incubate financing structures and also demonstrate that by scaling up a loan product, it can become financially attractive for the private sector.”

In other words, Kauffman saw green banks as an opportunity to invest in smaller projects that private banks might otherwise overlook and grow them to the point where the banks and credit unions actually wanted to get involved. One of New York’s Green Bank funded community solar projects that allowed people to buy a stake in a community project. People who either couldn’t afford solar panels or couldn’t find space for them on their roofs still were able to subscribe to community solar and reap the benefits of cheaper electricity.

The Connecticut Green Bank has also done a lot of work on solar projects, especially gearing its programs toward lower-income communities and residents who might not otherwise be able to get panels installed.

How this could be replicated at the federal level

With the green bank model working for several years at the state level, it has drawn interest from federal lawmakers. The House passed Dingell’s Clean Energy and Sustainability Accelerator last summer (it did not get brought up in the Senate), and Dingell reintroduced it this year.

Under Dingell, Markey and Van Hollen’s bill, a national accelerator would be set up as an independent nonprofit with $50 billion initially. Then $10 billion would be added every year for five years, for a total of $100 billion in government investment.

“It’s a one-time, up-front appropriation by Congress into the accelerator effectively as a deposit,” said Jeff Schub, the executive director of the Coalition for Green Capital. “It operates in a way that looks very similar to development banks, basically the way the World Bank works.”

Over time, Dingell and other lawmakers estimate the accelerator would generate about $884 billion total investment into clean energy projects over the course of a decade. It could also help smaller green banks at the state and local level get started.

“This should be considered as a one-time capitalization in an entity that’s going to use that capital in a continuous cycle of getting dollars on the street,” said Ricketts. “We’re talking about an enormous investment opportunity, and that is good jobs creation.”

Even with its one-time cash infusion of federal money from Congress, the model for the federal accelerator means it would operate separately from the government, to keep it free from political influence from either party. Even though Australia’s bank is one of the most well-developed in the world, its government ownership has meant changes when conservatives have won elections. In 2020, Australia’s energy minister pushed for the country’s Clean Energy Finance Corporation to fund fossil fuel projects as well (mostly natural gas), and some conservative lawmakers there have also lobbied for the bank to fund coal projects.

Under Dingell and Markey’s bill, the first three out of seven green bank board members would be appointed by the president and require Senate confirmation. The bank would have to submit reports to Congress, the inspector general of the Department of Energy would have oversight over it, and the Government Accountability Office could audit it.

The Biden administration’s American Jobs Plan proposes to invest $27 billion into an accelerator, but that number could change during negotiations with Congress — which has yet to draft an infrastructure bill. The clean energy accelerator is also separate from a bipartisan push to set up a national infrastructure bank that would focus on keeping a dedicated funding stream to infrastructure projects and help more state infrastructure banks get started. Even though Democratic and Republican lawmakers have introduced infrastructure bank bills over the years in Congress, they haven’t gained much traction with leadership.

Whether it’s infrastructure or green banks, the reason the accelerator model is attractive to advocates can be illustrated by the current partisan debates in Congress around the scale and scope of Biden’s infrastructure plan as well as how to pay for it. If an accelerator was passed, it might be able to bypass the legislative squabbles of Washington.

“Government funding is episodic, and it’s not continuous,” said William Nolan, who started Infra-Bk, an organization advocating for the creation of a national infrastructure bank.

Theoretically, the accelerator idea could be popular with both Democrats (who want to make clean energy available to more people) and Republicans (who love the private market). But like with many other things in Biden’s American Jobs Plan, the future of the plan will be determined by the future of bipartisan negotiations with Senate Republicans — and whether Biden and Democrats subsequently decide to go it alone and pass a massive infrastructure bill on a party-line vote.

“This thing should be up and running and financing transactions by the end of this calendar year,” said Schub, who estimated that by 2030, the accelerator could deliver 20 percent of all the emission reductions the US needs to get on the path to net-zero by 2050.

“It would have a huge, huge impact,” he said.