Germany recycles the most plastics in Europe 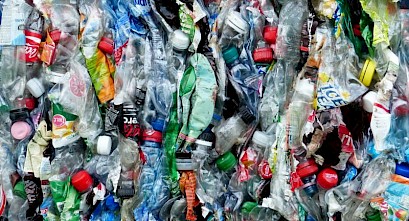 Of the 8.5 million tons of existing recycling capacity, Germany has over 1.5 million. Italy contributes between one and 1.5 million tons. Spain, France, the Netherlands and the United Kingdom have between 0.5 and one million tons. Austria’s and Poland’s capacities range from 250,000 to 500,000 tons. Norway, Finland, Ireland, Denmark, Latvia, Lithuania, the Czech Republic, Hungary, Romania, Bulgaria, Greece, Switzerland and Portugal have facilities to treat 50,000 to 250,000 tons. The remaining countries have no more than 50,000 tons of installed capacity.

The current market for PET has 2.2 million tons of recycling capacity with a result of 1.3 million recycled materials. For the treatment of flexible PE, plants with assets for 2.5 million tons help recover 1.8 million tons. And HDPE/PP plants designed for 1.7 million tons generate about 1.2 million tons of recyclables. With a new record of 4.6 million tons, more than half of the EU’s installed recycling capacity for pre- and post-use plastic streams is now EuCertPlast certified. This shows an increase of 27 percent and 45 new recycling facilities compared to 2019, meaning 214 companies now hold this certification. Germany leads the way with 30 percent of all certifications, followed by Italy with 12 percent, and close behind are the Netherlands and France with 11 and 10 percent, respectively. Low-density polyethylene (LDPE) and polyethylene terephthalate (PET) thus represent almost half of the total processing capacity.