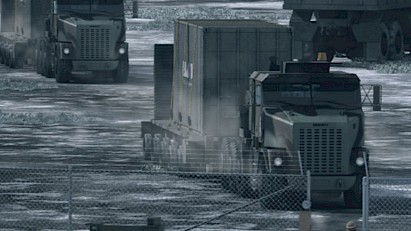 BWX Technologies, Inc. (NYSE: BWXT) will build the first advanced nuclear microreactor in the United States under a contract awarded by the U.S. Department of Defense (DoD) Strategic Capabilities Office (SCO). The Project Pele full-scale transportable microreactor prototype will be completed and delivered in 2024 for testing at the Idaho National Laboratory.

SCO has partnered with the U.S. Department of Energy to develop, prototype and demonstrate a transportable microreactor that can provide a resilient power source to the DoD for a variety of operational needs that have historically relied on fossil fuel deliveries and extensive supply lines. Transportable microreactors deliver clean, zero-carbon energy where and when it is needed in a variety of austere conditions for not only the DoD, but also potential commercial applications for disaster response and recovery, power generation at remote locations, and deep decarbonization initiatives.

The prototype will be built under a cost-type contract valued at approximately $300 million, depending on options selected, by BWXT Advanced Technologies LLC in facilities in Lynchburg, Virginia and Euclid, Ohio. Over the next two years, BWXT expects that approximately 120 employees will work on the project, including roughly 40 skilled trades, engineers and other positions that will be hired to support this effort and other projects.

“We are on a mission to design, build and test new nuclear technology to protect the environment while providing power, and we are thrilled with this competitively bid award after years of hard work by our design and engineering team,” said Joe Miller, BWXT Advanced Technologies LLC president. “The entire nuclear industry recognizes that advanced reactors are an important step forward to support growing power needs and significant carbon reduction imperatives.”

The high-temperature gas-cooled reactor (HTGR) will operate at a power level between 1 and 5 MWe and will be transportable in commercially available shipping containers. It will be powered by TRISO fuel, a specific design of high-assay low-enriched uranium (HALEU) fuel that can withstand extreme heat and has very low environmental risks.

The transportable reactor core and associated control system is designed to maintain safety under all conditions, including transitional conditions throughout transport. The fuel has been tested and verified to temperatures far exceeding the operating conditions of the reactor.

The transportable design consists of multiple modules that contain the microreactor’s components in 20-foot long, ISO-compliant CONEX shipping containers. The reactor is designed to be safely and rapidly moved by road, rail, sea or air. The entire reactor system is designed to be assembled on-site and operational within 72 hours. Shut down, cool down, disconnection and removal for transport is designed to occur in less than seven days.

A diverse team of experienced companies are joining BWXT to support delivery and successful operation of the Project Pele prototype. BWXT is the prime contract and integration lead, and is responsible for reactor module manufacture. Among the other companies playing key roles on the team are:

The reactor and fuel will be safely shipped separately, with fueling to occur at the test site. Once fueled, the system will undergo up to three years of testing at Idaho National Laboratory to confirm performance and operability. The test program will demonstrate that the reactor can produce reliable off-grid electric power. Power generated by the reactor will be transferred to load banks that accurately mimic the operational load that a power source would see in actual application. In addition, the system will be disassembled and re-assembled to prove transportability.

Consistent with the non-commercial nature of the project, testing and operation of this prototype reactor will proceed under authorization by the Department of Energy. The Nuclear Regulatory Commission, consistent with its role as an independent safety and security regulator, is participating in this project to provide SCO with accurate, current information on applicable regulations and licensing processes.