Belgium plans to become a Green Hydrogen hub for Europe 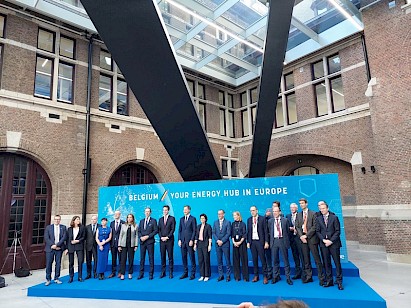 With the ambition to become an import and transit hub in Europe for green hydrogen, Belgium’s government and the Port of Antwerp-Bruges announced revised plans earlier this week for the importation, production and throughput of hydrogen in the port.

As Belgium will not have the capacity to produce the required quantities of green hydrogen on its own, according to a prepared statement, local production will have to be supplemented by imports of green hydrogen and hydrogen carriers from regions that have sufficient wind and sun as well as space.

Plans call for Antwerp-Bruges to see its existing capacity further expanded by 2026. The port said it has formed an import coalition with five industrial and public stakeholders in addition to establishing collaborations with several export regions in order to kick-start the chain.

Hydrogen and hydrogen carriers will be transported to Europe via pipelines, rail and inland waterways. The Belgian government is funding a network of pipelines that will connect ports to industrial areas in Belgium and Germany by 2028.

Plans also call for the construction of production plants for green hydrogen in Zebrugge and Antwerp.