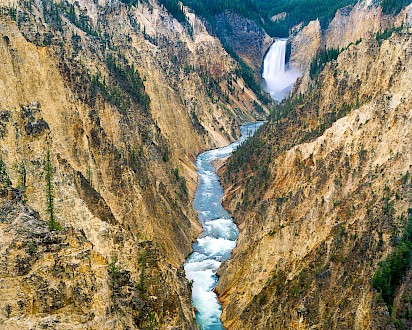 Devastating rain and mudslides that tore out bridges, flooded homes and forced some 10,000 people to evacuate will keep the northern reaches of Yellowstone National Park, one of the nation’s most-visited natural wonders, cut off to tourists for the rest of the busy summer travel season. And officials warned that more rain and flooding could be on the way.

By Wednesday morning, the dark skies had cleared in Livingston, Mont., a town of some 8,000 people that serves as the main northern gateway to Yellowstone. Though the chocolate milk-colored water had receded from homes, the Yellowstone River remained high, with more rain expected this weekend, and residents faced a long summer without the main driver of the local economy.

The entire park will remain closed for a week or so while the authorities deal with damaged roads and collapsed bridges, Cam Sholly, the park’s superintendent, said in a news conference late Tuesday. But the entrances to the northern section of the park, near Livingston and smaller tourist-dependent towns, will likely remain inaccessible until around Halloween.

Point of Rocks Bridge over the Yellowstone River in Paradise Valley, about halfway between Livingston and the town of Gardiner, is on one of those main northern access points. The roads on both ends of the bridge were washed away by the floods, and crews were working Wednesday to rebuild access so they could inspect the bridge itself.

“The water is still up, there’s a triage situation going on in three counties, but this bridge is a priority,” said David Crumley, a bridge maintenance engineer for the Montana Department of Transportation. He said it could be several days before the bridge is back in use, or longer if it suffered significant damage.

Visitors to the park described a surreal experience of seeing grassy river banks they had walked along just hours before inundated by overflowing lakes and rivers. “My heart breaks for people who’ve lost their homes or can’t get home,” said Donna Frishe, 52, a tourist from Georgia who was forced to evacuate.

Mr. Sholly, the park superintendent, described the floods and mudslides driven by four days of record rains and melting snow as a “thousand-year event, whatever that means these days. They seem to be happening more and more frequently.” He estimated that at least 10,000 people were visiting when the evacuations began.

On Tuesday, as the floodwaters still raged, Gov. Greg Gianforte of Montana declared a statewide disaster. But despite some harrowing moments, only one casualty was reported, officials said, when someone died of a heart attack at a campground.

Millions of tourists are drawn each year to the wilderness and active geysers in Yellowstone, the oldest national park in the United States, which sprawls across more than two million acres in the northwest corner of Wyoming and into Montana and Idaho. In 2021, more than 4.8 million people visited.

America’s national parks saw a surge in visitors during the coronavirus pandemic, but they face increasing strain as climate change and other factors generate more extreme weather, including droughts, wildfires and floods. Over the next few decades, Yellowstone is expected to see an increase in fires, dying forests, expanding grasslands, more invasive plants and shallower, warmer waterways.

The storm that caused the flooding and mudslides this week began with two to three inches of rain over the weekend. Combined with warming temperatures that melted 5.5 inches of snow, the rain created a major flood, Mr. Sholly said. Officials evacuated visitors from the battered north of the park on Monday, and floods were still raging late Tuesday.

Hundreds of homes were flooded in communities north of the park in Montana, including Gardiner and Cooke City, which were also cut off from supplies of food and clean water, officials said.

Ominously, some forecasts suggest more warmth and rain in four to five days, even as another foot of snow remains on Yellowstone’s mountains, raising the possibility of yet another series of floods, Mr. Sholly said.