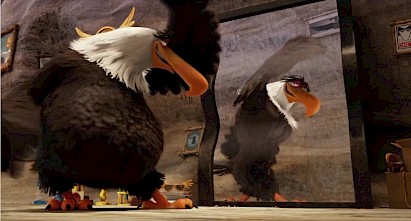 In 1996, Donald Trump was hoping to bounce back from a series of poor investments. So he bought a palatial mansion in Westchester County, New York, just north of New York City. The mansion, called Seven Springs, sat on 230 acres of undeveloped wilderness. Trump wanted to turn it into a golf course.

But the nearby village of Mount Kisco, with a large Latinx population and a lower median income than the four wealthy towns the property touches, gets its drinking water from Byram Lake, directly adjacent to Seven Springs. The town worried pesticides from the golf course would run off into the lake and contaminate its drinking water.

The village of Mount Kisco hired Michael Gerrard, an environmental lawyer, to protect its water. And Gerrard had a plan, the same plan he deployed to successfully stop a highway on the west side of Manhattan from being built in the 1970s and countless incinerators, landfills, and other environmentally harmful projects at other locations over the years. The plan was to use environmental review laws.

“One strategy is just to require more studies in the hope of finding something bad,” Gerrard, who is now a professor at Columbia University, told me recently. It’s a strategy that often works, to the appreciation of people who oppose such projects and the frustration of those who support them.

This is exactly what Gerrard did to fight Seven Springs. Gerrard and Mount Kisco knew the risk of pesticides in Mount Kisco’s drinking water was high and that the Clean Water Act of 1972 provided avenues for blocking the golf course if they could prove it.

“A close reading of the appendices to the environmental impact statement (when laid against state regulations) revealed that pesticide levels in the runoff could exceed drinking water standards under certain scenarios,” Gerrard wrote in a blog post in July 2015. In response, Trump’s course designers and lawyers proposed a filtration system that had literally never been used before. Mount Kisco activists wore buttons saying “We’re Not Trump’s Guinea Pigs.” Regulators for the state’s environmental department ruled a pilot test on the filtration system would be needed before the course could be built. After eight years of this—by which time Trump had bought and renovated another Westchester County golf club, in Briarcliff Manor—Trump gave up on the golf course idea.

“In the end, the environmental-impact review process and the Clean Water Act did their jobs,” Gerrard wrote. “The people of Mount Kisco still enjoy clean drinking water, and the occasional dandelion still pokes its head through the grass.”

But the same environmental review process Gerrard so successfully deployed is being increasingly criticized by the very groups that once harnessed its powers so successfully. Now, critics observe, those same groups and laws slow or even stop the construction of necessary infrastructure, the shortage of which is causing grave societal ills. We cannot build the affordable housing we need, the public transportation we lack, and the wind and solar farms we so desperately require, and a growing chorus of critics point to environmental protection laws as a major culprit of the holdup.

To some extent, Gerrard has become one of those critics. In 2017, he wrote an academic article on ways to bring about a “massive increase” in renewable energy capacity. It named NEPA as one of the four “most important obstacles” to achieving that goal, along with permitting processes, state and local approvals, and endangered species protection laws.

The theory that NEPA is a key explanation for why we can’t build things anymore is hardly fringe. A surprisingly ideologically diverse coalition has emerged in recent years that broadly agree environmental reviews are now more a problem than a solution. Joe Manchin has made “permitting reform”—often a euphemism for environmental reviews—a key priority. M. Nolan Gray, author and researcher for California YIMBY, a pro-housing and urbanist group, wrote in The Atlantic that the state’s environmental review law is an “unexpected impediment to California’s going green.” The conservative Manhattan Institute has been advocating for a “rethinking” and “streamlining” of environmental reviews for years. So has the libertarian Reason Magazine.  Perhaps the most prominent recent critic of the environmental review process is the New York Times columnist Ezra Klein. The focus of his criticism has been the failures of modern liberalism, and the environmental movement specifically, who have wanted to slow or even stop harmful projects, he argues.

“The environmental movement cheers when Biden says he wants to decarbonize and fast. But if he said that in order to achieve that goal, he wanted to reform or waive large sections of the National Environmental Policy Act to speed the construction of clean energy infrastructure,” Klein wrote, “he’d find himself at war.”

I agree with much of what Klein and other environmental review critics have to say. But I also fear their often brief  one-sentence acknowledgments of the intrinsic, unassailable value of environmental protection laws to accomplish really important goals—”That it’s easy to breathe the air in Los Angeles today is their [Rachel Carson and Ralph Nader’s] legacy, and they should be honored for it” as Klein put it—is not enough and broadly misrepresents what our problems actually are.

NEPA and other laws like it are not only fundamental but also essential to the basic mission of environmentalism in the broadest sense, which is to leave the planet better off than we found it. The good news is a lot of experts believe the problems with the environmental review process can be solved without changing a word of NEPA, because the devil is not in the words of the text itself but rather in the resources and methods with which officials interpret it.

Environmental review laws cut to the very core of basic questions of American life: Who should have a say in what we build, how should we weigh competing priorities, and how should we settle disputes about those priorities. Almost everyone I spoke to agreed that the environmental review process can and should be improved just as anything needs to be maintained and improved to adapt to changing times, but that doing so doesn’t require changing a single line of text in the law. They also almost all agreed NEPA is deeply, fundamentally necessary.