Where is Russia's oil going? 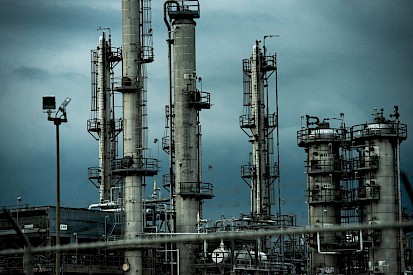 Despite the European Union’s drastic measures to wind down imports of Russian oil, Moscow still has plenty of buyers — and at prices steep enough to keep government revenue high and its coffers flush.

Before the war with Ukraine, Russia sold about half of its 7.85 million barrels a day of crude and refined oil to Europe. But with the war and the E.U.’s vow to abruptly end its reliance on Russian oil and gas, the Kremlin has been benefiting from high world prices while looking for new customers and reorienting its export strategy toward Asia.

The windfall shows how hard it is to punish a major oil and gas power such as Russia when so much of the world — especially developing countries — depends on fossil fuels.

Even with “severe oil production cuts” expected this year, Russia’s tax revenue “will increase significantly to more than $180 billion due to the spike in oil prices,” according to Rystad Energy, an independent research firm advising investors. The figure is 45 percent higher than in 2021.

Overall, the pattern of tanker traffic suggests that Russia’s exports of crude oil have dropped at most 20 percent, a modest amount given the sanctions effort. A study done for The Washington Post by Spire Global notes that crude-oil tankers departing Russian ports decreased from an average of 17 per day to 13 per day after U.S. sanctions were announced on March 8.

Russia has sold oil to India and China, which have large, rapidly growing economies and have disregarded international sanctions linked to the war. India’s purchases of Russian oil, which once accounted for less than 3 percent of India’s consumption, have soared. China was already Russia’s biggest Asian customer and needs oil to fuel its burgeoning automobile and petrochemical industries.

But the Asian markets have their limits for Russia. It has finite pipeline capacity in the region, and its oil tankers have to make long journeys to deliver their loads. Over time, that could exact a financial toll on Russia.

Daria Melnik, senior analyst at Rystad Energy, says that Russia’s production by 2030 will be 2 million barrels a day lower than before the war — the result of permanent damage from closing down production in wells that cannot be restored.

“In this early phase of sanctions and embargoes, Russia will benefit as higher prices mean tax revenues are significantly higher than in recent years,” Melnik said in a report last week. “Pivoting exports to Asia will take time and massive infrastructure investments that in the medium term will see Russia’s production and revenues drop precipitously.”

Timetables for a complete ban

The nature of oil markets and the slow change in consumption habits mean that relatively small shortfalls can result in large price increases. So while European Commission President Ursula von der Leyen is promising to “phase out Russian oil in an orderly fashion” and in a way that “minimizes the impact on global markets,” oil analysts say the massive change will be anything but orderly. Many of the world’s biggest oil trading firms interpret E.U. sanctions as forcing them to wind down purchases that aren’t “strictly necessary.”

Von der Leyen said that “this will be a complete import ban on all Russian oil, seaborne and pipeline, crude and refined.” And she outlined two timetables — phasing out Russian supplies of crude oil in six months and refined products by the end of the year.

Kevin Book, managing director and head of research at ClearView Energy Partners, said that von der Leyen was “making two big bets” — first, that a slow phaseout can protect Europe against sudden price spikes, and second, that a flexible program for reluctant E.U. countries can generate the unanimity necessary for E.U. approval.

“Neither proposition seems a slam dunk,” Book said. “If E.U. sanctions are effective and enforced, then the oil market tightens and the price for everybody rises.”

Diesel prices in Europe have already soared, hurting motorists, shippers and truckers. Kayrros, a satellite data analysis firm, said the amount of crude in European storage facilities remains “well below” the normal range at this time of year.

And a Eurasia Group report said: “A gradual E.U. phase-out would likely result in ongoing and worsening global market dislocations as European refiners hoard fuel and bid up prices for further imports to prepare for the embargo on Russian fuel. In doing so, they would be tightening the global market for these products.” That could get even worse, Book said, if the Group of Seven countries restrict the insuring of oil tankers, many of which fly under the flags of other countries.

Without insurance, most tanker operators will refrain from sending their ships to Russia. Many of those tanker operators or their customers — such as Reliance Industries, a major conglomerate and oil refiner in India — do other kinds of business that could be subject to U.S. or E.U. sanctions.

Regarding the possibility of G-7 sanctions on insurers, the French insurance giant AXA said last week that it “is fully respecting all applicable international sanctions and has stopped underwriting new insurance business with respect to Russian-owned assets located in Russia.” Asked about the prospect of broader sanctions, the company said it was too early to comment.

‘The relationship between Russia and India is much thicker than oil’

While the West studies how to tighten sanctions, Russia has made progress toward its goals.

India, which abstained from votes condemning Russia at the United Nations, is one of the few places willing to purchase Russian oil, and it has been able to do so at deep discounts of more than $30 per barrel.

In April, purchases made by India soared. It bought 627,000 barrels a day of the benchmark Russian Urals crude, compared with 274,000 barrels a day in March. The April daily figure was 20 times India’s daily average for Russian imports in 2021, according to S&P Global, an international data news company. India’s total oil consumption last year ran at 4.76 million barrels a day.

“The relationship between Russia and India is much thicker than oil,” RBC Capital Markets wrote in a research note for clients this month. The investment firm noted that Russia is “one of the largest arms suppliers to India with over two-thirds of India’s military outfitted in Russian equipment.” And late last year, the two countries renewed a 10-year defense cooperation pact.

But logistics are challenging, and Russia could face tanker shortages. “It can take a couple of weeks for a tanker to go from Murmansk to Europe but a month to go to India,” said Daniel Yergin, an energy historian and vice chairman of S&P Global. In addition, it must deal with competition from Iraq, a growing oil exporter in Asia.

Russia has eyed China as a growing market for its oil, but new waves of the coronavirus have led China to lock down citizens in Shanghai and Beijing, sharply reducing economic activity and curtailing the need for oil imports. Analysts say Chinese consumption has dropped by 1 million to 1.5 million barrels a day.

But rather than let the oil seep into world markets, China is building up its onshore storage tanks for future emergencies. That has offset, to a large extent, the release of oil from the U.S. Strategic Petroleum Reserve and boosted prices in the United States and Europe — just when leaders trying to block Russian oil also seek to keep retail prices at the pump within reach of consumers.

“Combined with the trend in onshore stocks, floating storage levels do not suggest a steep drop in Russian crude output just yet,” he said.

In addition to China and India, discounted Russian barrels are going to Turkey, Georgia and some African nations.

Even after taking into account the discounts on crude oil, Russia is still selling crude at about $70 a barrel — higher than official prices charged for most of the past eight years, according to the U.S. Energy Information Administration.

Separately, Ukraine’s national gas company, Naftogaz, said Wednesday that it could not guarantee shipments of Russian gas across Ukrainian borders and into Europe, because of “unauthorized offtakes” of gas in occupied areas.

“Ukraine no longer bears responsibility for the transmission of Russian gas through Ukrainian territories under Russian military occupation,” Naftogaz said in a statement. Company chief executive Yuriy Vitrenko said Russian gas conglomerate Gazprom was still responsible for payments under the contract. If gas is not rerouted to safer areas, the decision could affect a third of Russian gas exports through Ukraine, or just under 3 percent of natural gas demand in the E.U. and Britain, according to figures from the International Energy Agency.

Meanwhile, Europe has made surprising progress toward ending its reliance on Russian petroleum. From May 2021 to February 2022, an average of five tankers per month arrived at German ports carrying Russian crude oil, according to Spire Global, a satellite firm monitoring ship movements. In March, that number sank to two. In April, it was zero.

Pipelines can still provide other oil supplies, but Germany replaced all its Russian imports except the 12 percent that comes by pipeline to the PCK Schwedt refinery, about 60 miles northeast of Berlin.

The refinery is owned by Russia’s government-controlled oil giant Rosneft, and the company is — unsurprisingly — unwilling to switch to a different supplier. The German government is changing the law to allow it to expropriate the facility. Then it could replace Russian crude with other imports delivered through Gdansk or Rostock pipelines. German Vice Chancellor Robert Habeck visited Warsaw recently to strike a deal with the Polish government, and negotiations continue.

But additional upheaval seems likely. To preserve the unanimity needed to take action, the E.U. will probably provide flexibility to four members — Hungary, Romania, the Czech Republic and Slovakia — and push ahead with a timetable for the rest of its members to phase out Russian oil. And G-7 foreign ministers meet later this week to weigh how to move forward.

How Russia will respond is unclear. “We are kind of in an energy game of chicken at this point,” said Helima Croft, head of global commodity strategy at RBC Capital Markets and a former CIA analyst.

“What if the Russians say, ‘You’re not getting 12 months [to phase out Russian oil]’?” Croft said. “This is maybe the price the West needs to pay in defense of principle — that you cannot invade a sovereign nation.”