What Has OPEC and China So Scared?


It’s all too easy to forget how tight oil supplies can get.

That might be because we’re used to hearing empty threats — like when Chavez warned the world he would form a brand-new superpower oil cartel.

Not that we’ve ever put much stock in his rants, mostly because he needs us more than we need him; our refineries along the Gulf Coast were built to process the heavy oil Venezuela produces.

The latest round of sanctions imposed on Iran, however, gives us pause…

The tension further intensified on Wednesday when Britain ordered Iran to close its embassy in London.

And with this situation, things could get ugly — and fast.

The country only pumped about 3.6 million barrels per day last month. Replacing that supply would make an already tight market tighter, but it could be done.

Flowing between Iran and Oman is the Strait of Hormuz, which connects the Persian Gulf with the rest of the world: 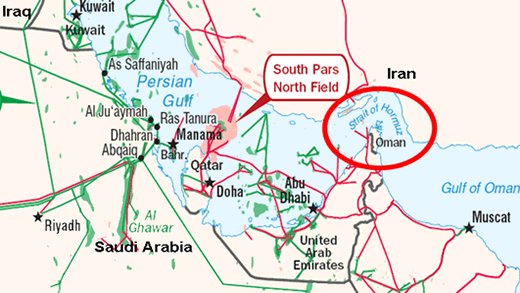 It’s the most critical choke point in the world, through which travel nearly 16 million barrels of oil on a daily basis — or roughly 17% of the world’s oil supply (not to mention all the liquefied natural gas exports from Qatar).

Whether or not the threat of military action taking place is justified, it’s enough for certain OPEC countries to look for alternate shipping routes.

The precautions taken by the United Arab Emirates are a perfect example.

The UAE built a 480-kilometer pipeline to transport up to 2.5 million barrels per day of its crude exports to the Fujairah terminal on the Gulf of Oman.

And OPEC members aren’t the only ones with cause for concern.

About 75% of crude exports shipped through the Strait of Hormuz have one destination in mind: Asian markets — including Japan, India, and China.

Right now, China has about 50 million vehicles on the road…

That number is projected to triple by 2020.

You can find the week’s top stories in the energy markets and more, below.