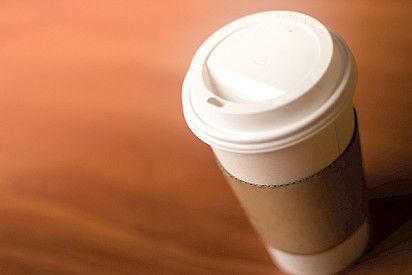 Victorian households will be able to recycle everything from soft plastics to used pizza boxes in the coming years, as part of the State Government’s transformation of recycling systems, including the introduction of four bins.

Lily D’Ambrosio, Minister for the Environment and Climate Action, yesterday announced Australian-first changes to recycling that will mean more things can be recycled in the four household bins rolled out across the state by 2030.

In the coming years, the four bins will be able to recycle soft plastics such as plastic bags and wrappers and soiled food containers, in line with community need and the consultation with industry.

The Government also announced $1 million in funding for a new facility that will turn hard-to-recycle materials such as beverage cartons and coffee cups into sustainable building products and $175,000 for a facility to process oversized green waste into organic, carbon rich, soil additives for the farming industry.

Upcycled Building Materials Australia Pty Ltd will receive $1 million from the Victorian government’s Circular Economy Infrastructure Fund for a new saveBOARD facility in Campbellfield. The facility will recycle liquid paperboard beverage containers, coffee cups, soft plastics and other used packaging into sustainable building products. The $4.9 million facility is expected to process up to 4000 tonnes of materials each year and support 30 construction jobs and 12 ongoing positions.

Manningtree Corporation Pty Ltd will receive $175,000 to install a portable biochar unit at its Elmore compost and organics facility to thermally process oversized green waste that would otherwise be disposed of or burnt, and produce biochar, wood vinegar, tar and liquid biochar. These products will provide soil additives for the farming industry. The $700,000 project is expected to process more than 14,000 tonnes of organic waste each year and support 22 construction jobs and eight ongoing positions.

The Government’s $114 million grant investment to improve the waste and recycling sector has unlocked an additional $354 million in investment since 2015, including $41 million in Federal funding. So far, the funding has created 226 jobs with a further 500 jobs expected by 2025 and delivered almost 1,745,000 tonnes of new waste and resource recovery capacity, with a further 870,000 tonnes expected by 2025.

The Government is on-track to divert up to 80 per cent of waste by 2030, due in part to the four bin system, the roll-out of the container deposit scheme and the upcoming ban on single use plastics from February next year.

“Whether through household recycling, the container deposit scheme or banning single use plastics, we are reducing waste, creating jobs and building new economy that is better for the planet,” D’Ambrosio said.

“We’re the first state in Australia to roll-out the same bins to every household, and the first to include soft plastics and pizza boxes in those bins – leading the way as we divert 80 per cent of waste from landfill by 2030.”

Victorians can have their say on how the new four-stream system will work by visiting Engage Victoria until 26 October 2022.