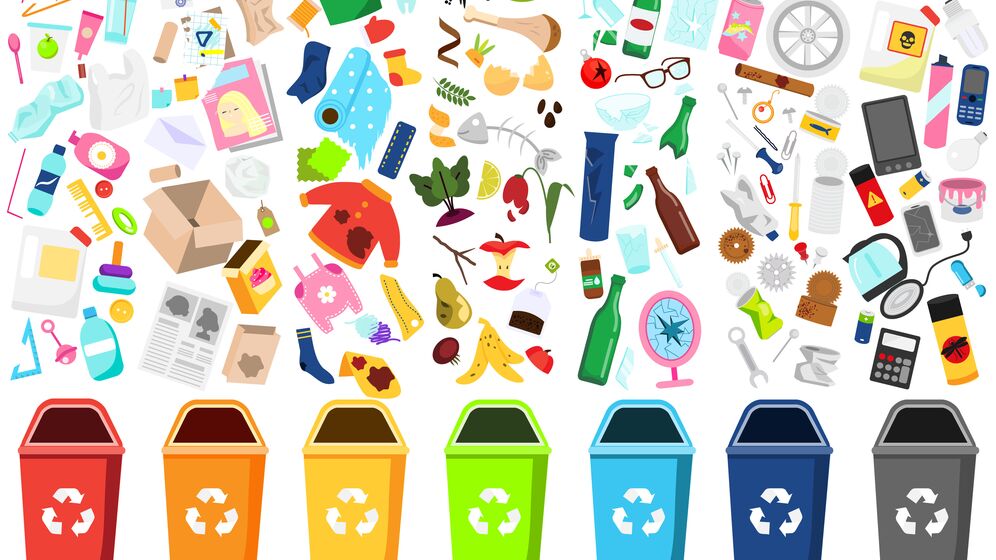 How to increase recycling rates? This is one of the questions that concerns the waste industry and legislators alike. Now a group of 17 members of the US Congress wrote a letter to the Environmental Protection Agency (EPA) urging its administrator Michael Regan to adopt a standardized labeling system for recycling bins.

Standardised waste symbols are already mentioned as part of the EPA’s National Recycling Strategy. The agency’s road map details how the US could achieve a 50% recycling rate by 2030. One point mentioned is adopting “consistent labels, signage, symbols and messaging for recyclable products, recycling bins and trash bins”, because they “could reduce consumer confusion about what products can be recycled and which bins are appropriate for different recyclable materials.” But as the 17 lawmakers put it “strategy execution of this objective is lacking.”

„Now is the time to take concerted action to coordinate our national recycling and optimize our recycling processes”, they write pointing to the fact that as of 2022 almost half of US citizens believe that the recycling system does not work well and a third believes that what ends up in a recycling bin does not get actually recycled. 62% even believe they lack the knowledge to recycle correctly. Incorrectly disposed waste leads to contaminated waste streams which hinder operations in recycling facilities.

This culture of confusion, that surrounds recycling, might be well caused by the millions of different labels on recycling and waste bins across the US. Whereas the implementation of standardized waste symbols has been met with huge environmental success. Those labels created by NGO Recycle Across America are used by several National Parks, school districts and and the State of Rhode Island. “The National Parks that are displaying the standardized labels on their recycling bins, have experienced a 100% increase in the recycling levels and their contamination level has decreased,” Mitch Hedlund, Recycle Across America’s founder and executive director, says in a video urging Congress to support the effort to install those symbols nationwide. According to her, Las Vegas School District has saved 6 million Dollars in waste hauling fees after the standardized labels were applied and Rhode Island has seen a 20% reduction in rejected truckloads.

In Europe the Nordic countries have already successfully implemented standardised waste symbols. And as stated in the EU’s Circular Economy Action Plan 2.0 published in 2020, the Commission will also propose a harmonised collection system throughout the EU.