The world added a record amount of renewable energy in 2021 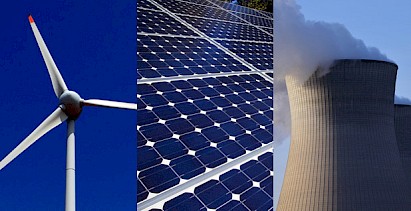 Despite a long list of challenges for the renewable energy industry spawned by the pandemic—including supply chain problems, spikes in material prices, and delays in construction—the world added a record amount of new solar, wind, and other renewable capacity last year. This year, it’s likely that another record will be broken.

The world added 295 gigawatts of new renewable power capacity in 2021, according to a new report from the International Energy Agency (IEA). China added nearly half of the world’s new renewable capacity in 2021, with the European Union as the second-largest market. In 2022, that number may hit 320 gigawatts, roughly enough to meet the electricity demand for the entire country of Germany. Growth in China and the EU has already been faster than expected. But there’s still a very long way to go before the world hits 100% renewable electricity (only 28% of global electricity is renewable so far), and the report warns that growth may plateau in 2023 unless policy changes.

“Cutting red tape, accelerating permitting, and providing the right incentives for faster deployment of renewables are some of the most important actions governments can take to address today’s energy security and market challenges, while keeping alive the possibility of reaching our international climate goals,” Fatih Birol, executive director of the IEA, said in a statement.

In the U.S., renewable growth has been slower than expected this year, in part because of a Department of Commerce investigation into solar panel makers from Southeast Asia, sparked by a single small solar manufacturer in California; the probe has delayed billions of dollars’ worth of new solar projects. Uncertainty about the future of incentives for solar and wind has also slowed growth.

The cost of new wind and solar installations has also gone up, after more than a decade of steep declines. But because the cost of fossil fuels has gone up even more, renewable energy is still competitive. And the urgent new push for energy security in Europe because of Russia’s war in Ukraine could be enough to accelerate growth. The policy enacted over the next six months, the report says, will be critical in determining whether the world can keep up the current pace.