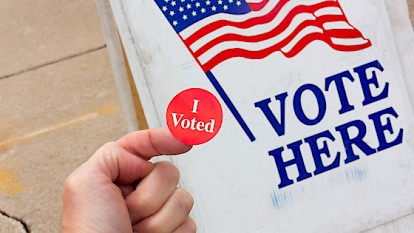 Three months after taking office as America’s 46th president, Joe Biden made a solemn pledge to the world: He declared that the United States, which is more responsible for the climate crisis than any other nation, would cut its greenhouse gas emissions in half by 2030 from their 2005 peak.

The big climate law that Congress just enacted will go a long way toward meeting Mr. Biden’s goal. Coupled with other policies and with trends in the marketplace, it is expected to cut emissions by something like 40 percent.

But the law — even assuming it survives Republican attacks and defunding attempts over the coming years — does not fully redeem Mr. Biden’s pledge. How can America get the rest of the way toward meeting his 50 percent goal?

The answer is in all of our hands. Many of us are already trying to help as best we can, perhaps by nudging the thermostat a degree or two, by driving or flying less or by eating differently. These actions are useful, but they are not enough. The public must make the transition from green consumers to green citizens and devote greater political energy to pushing America forward in its transition to a clean economy.

How? The answers may be as close as your city hall or county commission. Your local school board — yes, the school board — has some critical decisions to make in the next few years. Opportunities to make a difference abound in your state Capitol.

The reason the public needs to speak up is simple. What Congress just did was, in a nutshell, to change the economics of clean energy and clean cars, using the tax code to make them more affordable. But it did not remove many of the other barriers to the adoption of these technologies, and a lot of those hurdles are under the control of state and local governments.

Consider this: Every school day, millions of Americans put their children on dirty diesel buses. Not only are the emissions from those buses helping to wreck the planet on which the children will have to live, but the fumes are blowing into their faces, too, contributing to America’s growing problem with childhood asthma.

It is now possible to replace those diesel buses with clean, electric buses. Has your school board made a plan to do so? Why isn’t every parent in America marching down to school district headquarters to demand it? Electric buses are more expensive right now, but the operating costs are so much lower that the gap can be bridged with creative financing. A school board that is not thinking hard about this and making plans for the transition is simply not doing its job.

Here is another example. The power grid in your state is under the control of a political body known as a public utilities commission or public service commission. It has the legal authority to tell electric companies what power plants they are allowed to build and what rates they can charge. By law, these boards are supposed to listen to citizens and make decisions in the public interest, but the public rarely weighs in.

We once needed special state laws to push utilities toward renewable energy, but Congress just changed the ground rules. With wind and solar farms becoming far more affordable, every utility in America now needs to re-examine its spreadsheet on how it will acquire power in the future. The public utility commissions supervise this process, and they are supposed to ensure that the utilities build the most affordable systems they reasonably can.

But too many utilities, heavily invested in dirty energy, still see clean energy as a threat. They are going to drag their feet, and they will ply their influence with state government to try to get away with it. Citizens need to get in the faces of these commission members with a simple demand: Do your jobs. Make the utilities study all options and go for clean power wherever possible.

One more example: The conversion to electric cars has begun, but as everyone knows, we still don’t have enough places to charge them, especially for people on long trips. State governments can play a major role in alleviating this bottleneck. Under Gov. Jared Polis in Colorado, the state is investing hundreds of millions of dollars to build charging stations, with poor neighborhoods included. Other states can do the same, and citizens need to speak up to demand it.

If you live in a sizable city or county, your local government is probably slowing down the automotive transition, too. These governments buy fleets of vehicles for their workers, and this year most of them will once again order gasoline-powered cars. Why? Because that’s what they’re used to doing. Citizens need to confront the people making these decisions and jolt them from their lethargy.

The two of us have been working on the climate problem for decades. We have never been as hopeful as we are today that America will finally shake off its intransigence and seize the future. We should all be grateful to the Congress that just enacted this new law, to President Biden for leading on the issue and especially to the young people who are so urgently demanding change. They have a moral right to inherit a livable world.

But no law is self-executing. The forces resisting change are still powerful. They are at work across the nation, fomenting lies and confusion wherever clean energy is discussed. We need a citizenry so engaged on this issue that it stands up to counter the disinformation — not just in Washington, but in every city hall, every school board, every state house and every utility commission.