The new IPCC report is dire. Does anyone care? 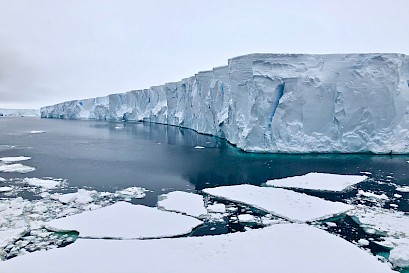 Buried beneath news of COVID, a past president, and a soon-to-be ex-governor, America barely seems aware of the dire new climate report.

The 2021 report from the U.N.’s Intergovernmental Panel on Climate Change (IPCC) went well beyond the relatively sedate tones of its prior assessments.

Impacts of climate change are already here, and some are “irreversible” for centuries, or even millennia, to come.

The IPCC counsels that strong actions – i.e., the kind we seem unwilling to take – are imperative, and the need for action immediate.

America’s print leaders are largely woke, with the New York Times regularly giving up page one real estate for more climate coverage. The Washington Post and the Associated Press are not far behind.

But American TV news? Not so much. On Monday, when the report released, the CBS Evening News played the story fourth from the top, after COVID-19. The other news developments—Trump’s continuing travails and Cuomo’s potential resignation—topped the show. There’s no doubt that all three are lead-story-worthy, as were the monumental wildfires in the U.S. West, Arctic Siberia, Greece, and Turkey, and the epic rain and flooding in Germany, particularly since such weather calamities are a part of the climate outlook. A week earlier, temperate Portland , Oregon, hit an otherworldly 118°F, while Canada hit its all-time high.

The other networks were only slightly better. Then, by Tuesday, Andrew Cuomo’s resignation dominated. By Wednesday, climate news had vanished from the networks.

Well, not all of them.

If a world without more floods, droughts and lethal heat waves does not sound like the world you want to live in, Fox News has its own take. Fox’s in-house comic, Greg Gutfeld, gifted us with ten minutes of climate mirth.

His hallucinatory conclusion? Since a recent report said that more Americans die from excessive cold than excessive heat, we should welcome global warming as a lifesaver.

So, where does this leave us?

Well, we should acknowledge that we are screwed. Partly. The IPCC tells us that we’re too late to stop many of the long-predicted impacts, but not all. Pushing the long-promoted remedies – clean energy, EV’s, and so much more – that can steer us away from the worst case. But pair that optimism with a steely pushback against climate deniers, who still hold sway with too many in office.

There will be no better opportunity to put a dent in climate denial than right now, when so many of the climate deniers are the same folks whose COVID denial is costing lives yesterday, today, and tomorrow. And we can take a clue from the COVID crisis on another front. Whether by design or default, COVID messaging has largely lined up behind one person, Dr. Anthony Fauci. Clear-minded, thick-skinned, smart and ubiquitous, Fauci’s acquired hero status as a good-natured warrior-in-residence against the virus.

Does that remind anyone of a climate warrior-in-residence? Well, how ‘bout Michael Mann, professor of atmospheric science and director of the Earth System Science Center at Penn State University?

If he’s not there already, I’d say that he’s the Mann. Tireless, even-tempered, and ever-so-slightly snarky with his critics, Dr. Mann should by no means be the only spokesperson, but like Fauci, I’ve come to regard him as the go-to. But without either the gravitas or the baggage of a government title. Dr. Mann, I nominate you for this unpaid, un-credentialed, thankless title.