The 2011 Energy Supply Crunch is Coming

While it’s true there may be 13 million metric tons of rare earth elements (REEs) in the United States, we simply can’t get to them in time.

As global supply outstrips demand next year, the U.S. is still looking at a minimum of 10 years before rare earth mines become operable.

And the one mine that is active — in Mountain Pass, California — may not be operable within the time frame we need it to be…

China can give us all the assurances it wants to, but we all know what’s going to happen down the road…

China will eventually get to a point where it’ll need all the elements it produces.

In fact that point could be as soon as 2012, according to UK’s The Independent.

And it’s not as if China can be trusted…

And despite China’s guarantee that rare earth shipments would resume with Japan after the September ban, Chinese customs and port officials continued to block rare earth exports for another seven weeks.

Besides, if China was actually comfortable with its supply…

Why are companies actively looking to acquire additional rare earth resources outside of China? 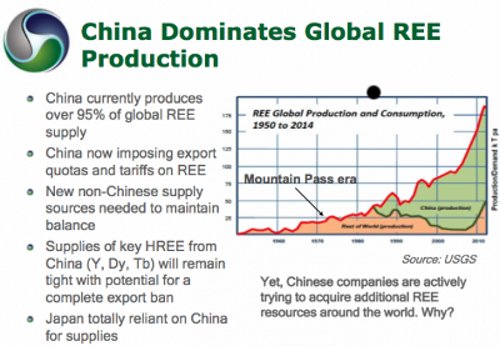 Seems the Middle Kingdom is aware of the fact that demand will very soon outstrip supply. And they’re not the only ones…

“There is a whole range of economies out there… that are building high-tech industries that are dependent at the moment on a very narrow source,” said John Cole, director of the Australian Centre for Sustainable Business and Development.

With China’s goal of producing a million electric cars a year, U.S. hybrid sales goals may never see the light of day… 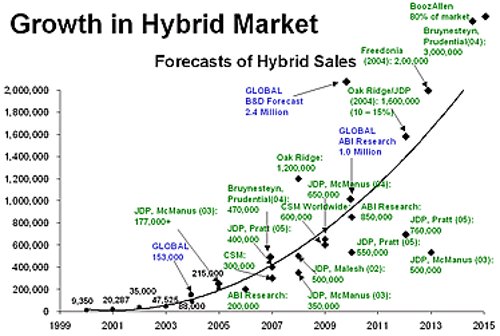 Chinese automakers alone would need 10 tons of terbium, 50 tons of dysprosium, and a thousand metric tons of lanthanum every year. That leaves very little (if any) supply for the U.S. car market.

We don’t have two years — let alone a decade — to wait for U.S. rare earth supply to come online.

We don’t have time to play games with China.

Following a cue from the EU

European Union Trade Chief Karel De Gucht recently made a statement to the tune of what I’ve been saying for months now:

The EU should reopen existing mines and back rare earth operations in Greenland, a landmass that could harbour as much as 25 percent on the world’s rare earth supplies…

Bottom line: We all need to start paying attention to the vast supply of REEs in Greenland.

Weeks ago, I told you about a little-known mining company sitting smack-dab in the middle of a 500-square-mile chunk of Arctic land rife with these elements.

Better still, this same tiny mining company has control of and exclusive mining rights to the region, worth an estimated $273 billion.

Our $1.40 stock is sitting in the catbird seat of the rare earth mining market…

It’s only a matter of time before it rockets to our $4 near-term target.

Join us in profiting as one of the biggest supply-demand dilemmas of the century picks up steam.

Stay Ahead of the Curve,