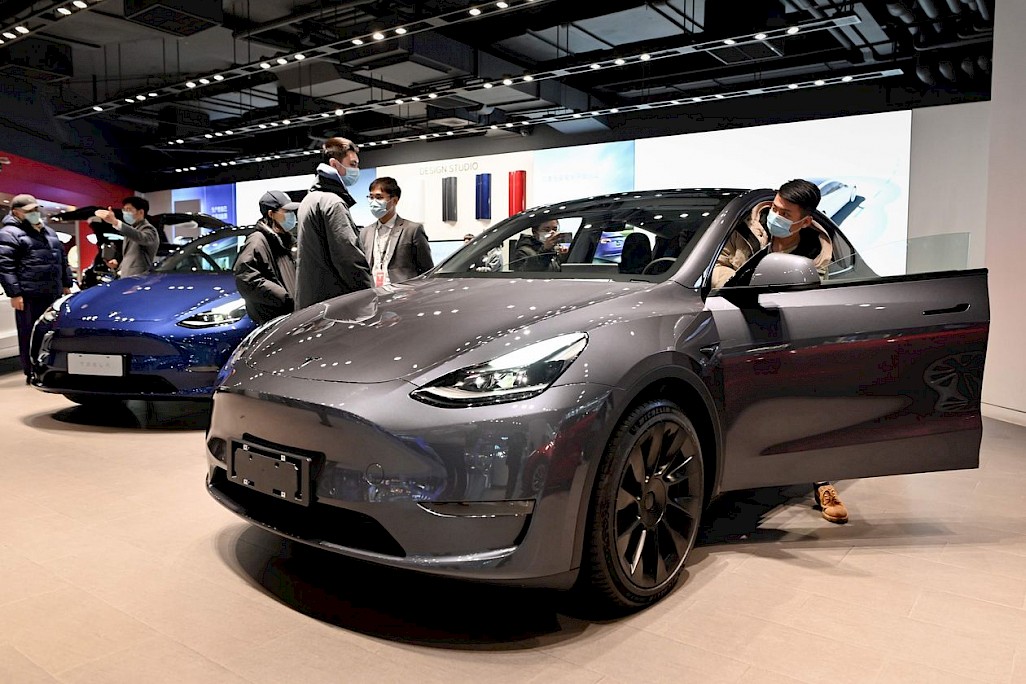 A local Model Y buyer said he attended a Monday event at a Tesla store in Shanghai to mark the start of deliveries and received his vehicle. Tesla on Monday said via Twitter that “Model Y deliveries in China have officially begun.”

Tesla, which broke ground at its Shanghai plant two years ago, rushed to start producing cars there and expand capacity. Manufacturing cars locally helps the Palo Alto, Calif.-based electric vehicle maker save on shipping costs and avoid import duties for the Chinese market.

The Model Y is the second Tesla vehicle that the EV maker is producing at Shanghai after the Model 3 sedan, which the company started delivering a year ago in China—which was marked with a visit to the plant by Chief Executive Elon Musk. As it ramped up production of the sedan last year, it was also building the assembly line in Shanghai for the Model Y.

The Model 3 was the bestselling electric vehicle in China last year, with more than 138,000 sold, according to the China Passenger Car Association—an eighth of the 1.11 million EVs sold nationwide.

The Chinese government has set a target for EVs to account for 20% of auto sales by 2025, equivalent to around 5 million vehicles. Most analysts expect the country’s EV market to grow strongly over the next few years in line with that objective. Several Chinese EV startups rivaling Tesla in the country have recently unveiled, or expressed plans to unveil, new cars—including NIO Inc.’s luxury ET7 sedan.

Chinese customers can buy the Model Y with a 10% down payment, after which they would need to pay $1,467 a month for the Performance version.

Tesla delivered nearly half a million cars globally last year, according to a Jan. 2 statement, having begun U.S. deliveries of the Model Y back in March. As Model Y production ramps up, China would account for more than 40% of Tesla’s global deliveries by 2022, according to a Jan. 14 research report by Wedbush Securities Inc. Wedbush analysts also forecast that Tesla would deliver more than 1 million vehicles next year.

The Shanghai plant had capacity to make 250,000 cars a year as of the end of October, Tesla has said, not counting the Model Y. The site will ultimately have enough capacity to produce 500,000 vehicles a year, according to the company.

Tesla next week plans to report fourth-quarter earnings. Wall Street expects 2020 to mark the first time the company achieved a full-year profit, in part aided by sales in China.