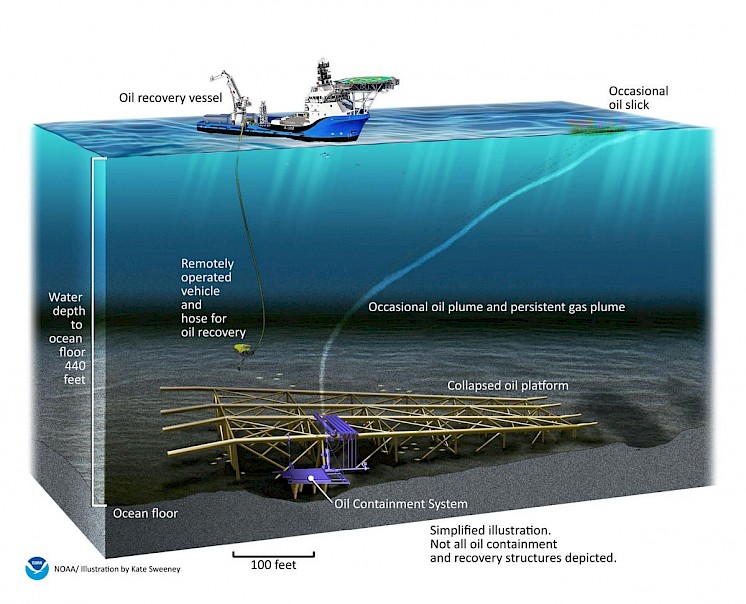 A federal appeals court has dismissed a lawsuit filed by New Orleans oil company Taylor Energy against the government contractor hired to clean up Taylor’s nearly two decadeslong oil leak in the Gulf of Mexico.

Taylor is also suing the U.S. Coast Guard over its order to halt what had become one of the largest and longest-running oil disasters in U.S. history.

After Taylor challenged the 2018 order to fix the leak, the Coast Guard hired Couvillion to do the job.

Since April 2019, Couvillion has collected and recycled more than 770,000 gallons of oil. That’s equal to about seven oil spills the Coast Guard would define as “disasters of national significance.”

While managing a round-the-clock oil catchment system about 10 miles off the Louisiana coast, Couvillion President Timmy Couvillion was also fighting an expensive legal battle with Taylor. This week’s appeals court ruling appears to end that fight.

Couvillion’s first thought upon hearing the decision: “It’s about damn time,” he said. “And that’s because it always seemed obvious we were doing the right thing and this was the right thing to do.”

Taylor did not respond to a request for comment. 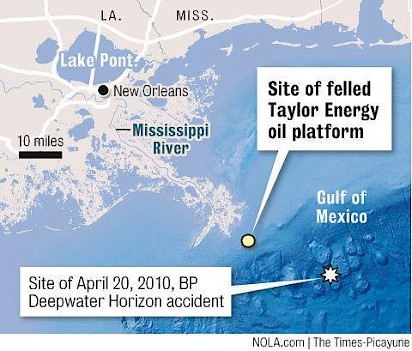 The company’s platform, known as MC-20 Saratoga, was destroyed by Hurricane Ivan in 2004. The storm triggered an underwater mudslide that snapped the 550-foot-tall platform’s legs and buried a cluster of wells. Taylor plugged some of the wells and installed three containment domes.

Several environmental groups had for years disputed Taylor’s claim that its containment effort had limited pollution to just a trickle. Oily sheens were regularly seen stretching for several miles on the water’s surface near the site.

The Coast Guard was spurred to take action after a government study estimated the site was releasing up to 29,000 gallons of oil per day.

Couvillion designed and installed a containment system that latched on to the toppled platform. The oil is captured and then hauled back to shore, where it is processed and sold at a discounted rate.

In its lawsuit, Taylor argued that Couvillion was unqualified for the job and might increase the release of oil. Taylor also contends that the Coast Guard was giving Couvillion too much leeway in how to run the cleanup, allowing the company to charge more than $40 million for its services, according to court documents.

The Coast Guard will likely eventually bill a $666 million trust Taylor was required to create after the platform was destroyed. Taylor, which is no longer in the oil business, has argued it has done all it can at the site, and that the remaining funds should be returned.

The company was founded by Patrick Taylor, an oilman best known for a college scholarship program for Louisiana residents now known as TOPS. He died shortly after the platform toppled. The company is now led by his widow, Phyllis Taylor, a prominent New Orleans philanthropist.

It’s unclear how long the Coast Guard will employ Couvillion to run his cleanup system. He estimated a full plugging and abandonment procedure could take three years.

“We’ll keep doing what we’re doing because otherwise it’s all released into the Gulf of Mexico,” he said. “It’s been a big win for us, the government and the environment.”