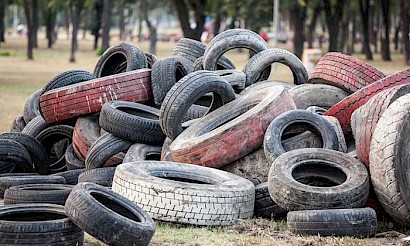 Recent dismissal of PM Narciso’s appeal of the Madrid Superior Court of Justice’s decision by the Supreme Court of Spain (TSJM). This confirmed the ruling of the Investigating Court No. 5 of Majadahonda, which had sentenced him to three years and eight months in prison in 2020 for committing an environmental offense by assembling approximately 8,000 tires on a plot of land inside an industrial park in Majadahonda.

On that property, the convicted man collected a large number of used tires and allowed third parties to deposit them in exchange for payment without municipal authorization, conducting an environmental impact assessment, or taking any other environmental protection measures.

In 2008, when the Ministry of the Environment fined him 15,000 euros for discarding non-hazardous waste without authorization, the volume had grown from 50 tires in February 2000 to around 8,000.

The offender was then instructed to remove the tires within a month. He continued to gather tires at the illegal location six years later. When the fines were disregarded, a significant infraction occurred in February 2015, which resulted in a further fine of 12,000 euros and the requirement to once again remove the tires within 30 days.

There would be roughly 3,000 tires available at that time. The entrepreneur ignored this fine as well, and by July 2016 1,500 square meters of the site were covered in tires, some of which reached heights of up to 3 meters

The local government removed them as a result in September 2017. The Investigating Court No. 5 of Majadahonda opened a criminal case, which culminated in a penalty of three years and eight months in prison, an 18-month fine with a daily cost of six euros, and a two-year ban on working in the waste disposal industry.

It is important to keep in mind that the complete course of the prosecution did not end until 2022, which is a long time from the first report of a rule violation in 2000.