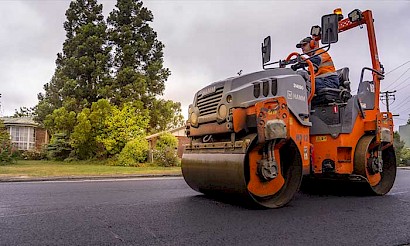 TSA says it is the first-time bitumen modified with end-of-life tire material – which included the equivalent of 40,000 beer bottles of recycled glass, as well as the end-of-life truck tires – has been used in Tasmania. The ground-breaking project paves the way for an expansion of crumb rubber products on roads across the island.

TSA says its team and the team of Fulton Hogan hope the project will spark wider interest from the local government sector and the Department of State Growth to justify longer term investments in Tasmanian supply chains – and ensure a sustainable option for local end-of-life tires.

While crumb rubber modified asphalts and spray seals are becoming standard for roadworks in parts of mainland Australia, the lack of a crumb rubber processing and blending plant in Tasmania meant there was nowhere to process the island’s waste tyres for use in road maintenance. 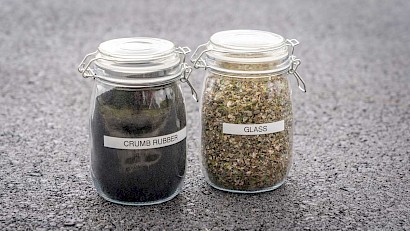 Fulton Hogan then supplied the six councils with crumb rubber modified asphalt and spray seals to use in their scheduled road repairs and improvements.

The demonstration project is not a long-term solution but gave the councils an opportunity to assess the performance of crumb rubber road surfaces in local conditions. It also allowed Fulton Hogan to gauge potential demand for crumb rubber product over coming years.

Both TSA and Fulton Hogan hope the project will spark wider interest from the local government sector and the Department of State Growth to justify longer term investments in Tasmanian supply chains – and ensure a sustainable option for local end-of-life tyres.

The Tasmanian Government plans to introduce crumb rubber through its State Road resurfacing program from 1 July 2022 and Fulton Hogan is looking at establishing a longer-term presence and operating capacity in the Tasmanian market. This could involve a fixed blending facility based on the island, predicated on growing demand for crumb rubber road formulations and a reliable supply of crumb rubber derived from Tasmanian tyres.