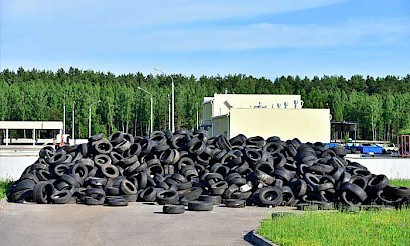 Econeu is a novel collective waste management system for tires that have reached the end of their useful life, launched in Chile.

Econeu SpA was formed by a group of 26 Chilean tire and vehicle importing companies with the goal of implementing and developing a collective end-of-life tire management system that will allow tire manufacturers to comply with the EPR Law (No. 20,920) and the Ministry of the Environment’s Supreme Decree No. 8, which establishes end-of-life tire collection and recycling goals, as well as other obligations associated with this end-of-life tires.

26 enterprises have formally joined this project, which was originally pushed and led by Chile Neumáticos AG, to promote the future collective management system. It’s worth noting that other businesses have showed interest in joining the system as well.

With extensive experience in the creation and development of NFU management systems under REP regulations in Europe, Jess Mara Nez Imaz, project manager and general manager of Econeu SpA, stated that “this initiative contributes to the environmental sustainability of Chile and it includes the responsibility of companies in the areas where they have their development and impact.”

“Once this project begins up, there will be an environmental treatment that entails the recovery and treatment of this waste,” said the CEO, who managed the Signus Ecovalor project in Spain for 9 years. This is a measure that Chile has incorporated in its National Circular Economy Policy.

From 2005 to 2014, Nez Imaz was the general manager of SIGNUS Ecovalor, and he has advised and helped build other similar systems in Europe for several years. One of Econeu’s key tasks, according to him, will be to reuse the valuable materials that make up the tire, which were previously dumped with a detrimental environmental impact.

“Proper management will allow used tires to be reused after retreading and transformed into secondary raw materials that can be used in a variety of applications, including sports court surfaces, playground floors, artificial grass filling, etc., road paving, modified thermoplastics, and even new tires.” They can also be used as an alternative fuel in steel and cement plants because to their high calorific value, which is equivalent to the best coal. This is especially true given that, according to official data, 140,000 tons of tire waste are generated in Chile each year, with just 17 percent being managed environmentally,” said Econeu’s general manager.

Econeu’s founding companies are members of the industry’s three trade associations (Chile Neumáticos, CINC, and ANAC), and it is estimated that together they account for more than half of the import volume of category A tires (commonly used in cars, motorcycles, and buses, among other vehicles on the road).

Daniel Pustilnik, the president of Econeu, stated that as proponents of this project, “we strive to comply with the REP Law, its statutes, and decrees.” We want to contribute to the improvement of Chile’s environmental conditions by contributing our speck of sand to the development of a green industry and economic growth, because we are convinced that we must take care of all waste that has an impact on the environment, thereby assisting in the creation of a better country for all.”

Importing firms hope to acquire permissions to build the management model in the following months through Econeu, which will be backed by a non-profit organization that will begin operations in January 2023.