Newspaper headline from one hundred years ago warns of climate change 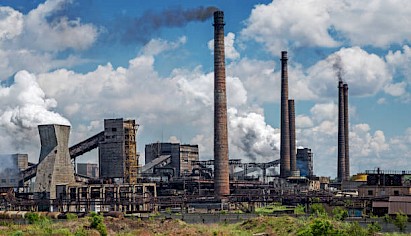 That is the headline of a short article that appeared in a New Zealand newspaper not this week, month or even year but more than a hundred years ago, in August 1912.

The 10-line news-in-brief in the Rodney and Otamatea Times, Waitemata and Kaipara Gazette, says that in the early 20th century the world was burning around two billion tons of coal a year.

That combustion, it continues, releases carbon dioxide into the atmosphere, making the air “a more effective blanket” for the earth raising its temperature.

“This effect may be considerable in a few centuries,” it warns.

More than a century later, climate scientists say the planet has warmed by around 1.2C since the late 1800s, and is continuing to heat as humans emit more greenhouse gases primarily by burning fossil fuels.

The clipping, which is being shared on social media, comes as the UK is weighing whether or not to greenlight a controversial new coal mine in Cumbria.

If the government decides to give the go-ahead to the project it could be the first new deep coal mine to be approved since the 1980s, and will extract coking coal from beneath the Irish Sea.

Environmentalists and climate campaigners have warned that the coalmine would “blow a huge hole in the government’s remaining climate credibility.”

The UK has imposed a deadline to no longer use coal to generate electricity from October 2024. Coal is one of the most carbon intensive fossil fuels, and pumps out harmful air pollution.