New rules will end century-long run of the classic lightbulb 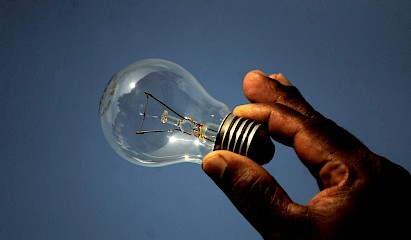 After lighting the nation’s homes and businesses for more than a century, transforming the design of buildings and even lengthening the average workday, incandescent light bulbs are finally on their way out.

The Biden administration on Tuesday adopted two new rules that set stricter energy efficiency standards for light bulbs. Those standards would effectively phase out the sale of most new incandescent bulbs — the pear-shaped orbs with glowing wire centers — in 2023.

Much of the country is already lit by LED lights, which the Department of Energy estimates last as much as 50 times as long as incandescent bulbs and use a fraction of the electricity. That revolutionary shift has already driven down electricity demand in American homes, saving consumers money and cutting greenhouse gas emissions.

“The lighting industry is already embracing more energy efficient products, and this measure will accelerate progress,” Jennifer M. Granholm, the energy secretary, said in a statement.

Once the new rules are in place, Americans will collectively save $3 billion a year on their utility bills, the department said, at a time when higher energy costs have been squeezing household finances. The stricter standards will also cut emissions of planet-warming carbon dioxide by an estimated 222 million metric tons over the next 30 years, an amount equivalent to the emissions generated by 28 million homes in one year, the department added.

The phaseout had been on track to begin earlier, in 2019. But the Trump administration, bowing to pressure from some of the world’s biggest incandescent light-bulb makers, stalled the effort. By contrast, in the European Union, those same companies have adhered to a phaseout of incandescent bulbs.

President Biden is now working to restore many of the environmental rules rolled back by his predecessor, as part of the administration’s push for bolder action to limit climate change. These regulatory changes could end up carrying much of the weight of the Biden climate agenda since much of that effort is now stalled in Congress.

Light bulb manufacturers have argued that too rapid a pivot away from incandescent bulbs would damage their bottom line and lead to a glut of stranded inventory — in other words, bulbs already manufactured that could no longer be sold — which would eventually end up in landfills, unused.

Environmental and energy-efficiency groups lauded the new rules, but said that the regulatory timeline gave manufacturers too much time to move away from a technology for which a replacement was already widely available.

“LEDs have become so inexpensive that there’s no good reason for manufacturers to keep selling 19th-century technology that just isn’t very good at turning electrical energy into light,” said Steven Nadel, executive director of the American Council for an Energy-Efficient Economy.

The National Electrical Manufacturers Association, the trade group for manufacturers of light bulbs, said the shift to LED lighting already underway had been “an unqualified success.” The group “appreciates the administration’s recognition of the challenges industry faces in complying with the rule and the adoption of a more manageable compliance time frame,” said Spencer Pederson, its vice president of public affairs.

Research has shown that lower-end retailers like dollar stores or convenience shops that serve low-income communities stock their shelves with traditional or halogen incandescent bulbs, whereas stores serving more affluent communities have shifted to exclusively selling the far-more-efficient LEDs. One Michigan study, for instance, found that not only were LED bulbs less available in poorer areas, they also tended to cost on average $2.50 more per bulb than in wealthier communities.

“Many of the energy-guzzling bulbs have labels claiming they save energy, and it’s infuriating,” said Andrew deLaski, executive director of the Appliance Standards Awareness Project. “Responsible chains ought to get them off their shelves as soon as possible and certainly by the end of this year.”