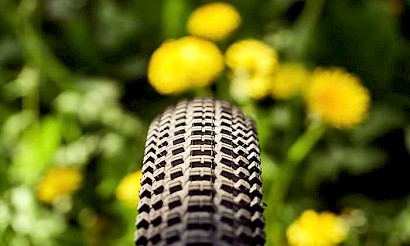 You read that right. From dandelion. So far, rubber tires have been made of caoutchouc. However, the extraction of this rare raw material in the tropical regions of our planet is a burden on the environment.

In its latest press release, AZuR reported that The Westphalian Wilhelms University of Münster and the Fraunhofer Institute for Molecular Biology and Applied Ecology are currently researching how the advantages of natural rubber can be produced on a sustainable basis in the future. The researchers were nominated for the German Future Prize for their solution of obtaining rubber from dandelion.

“However, this is not possible with every dandelion. The rubber that can be used for this is in the root of “Russian dandelion”.

This idea was already in existence at the beginning of the 20th century, before synthetic rubber existed. The researchers found the “Russian dandelion” in present-day Kazakhstan. The plant looks very similar to a ragular dandelion, but much larger amounts of caoutchouc can be found in its roots. Furthermore, dandelion has the advantage that it grows anew every year and is therefore a more reliable source of rubber than the rubber tree, which can only deliver the desired yield after seven to ten years.