‘Nature is striking back’: flooding around the world, from Australia to Venezuela 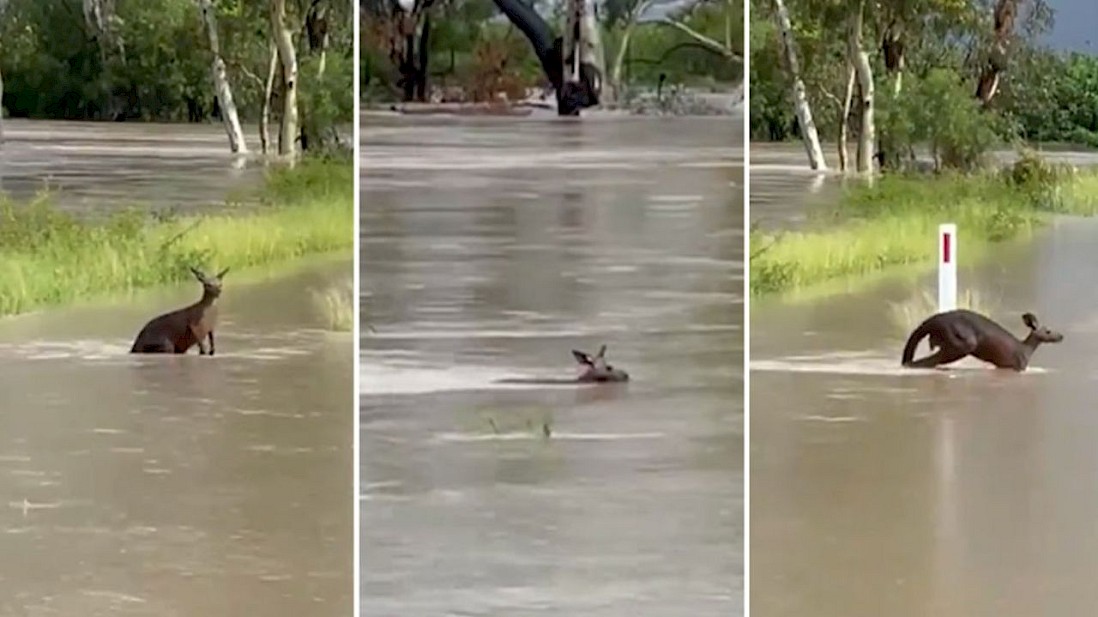 It has been a drenched 2022 for many parts of the world, at times catastrophically so. A year of disastrous flooding perhaps reached its nadir in Pakistan, where a third of the country was inundated by heavy rainfall from June, killing more than 1,000 people in what António Guterres, the UN secretary general, called an unprecedented natural disaster.

While floods are indeed natural phenomena, a longstanding result of storms, the human-induced climate crisis is amplifying their damage. Rising sea levels, driven by melting glaciers and the thermal expansion of water, are increasingly inundating coastal areas, while warmer temperatures are causing more moisture to accumulate in the atmosphere, which is then released as rain or snow.

Scientists have said flash floods are becoming a problem in some countries, with short, severe bursts of rain causing anything from annoyance to mayhem. Some places are whiplashing between severe drought and these sudden downpours, heightening the risk of mudslides and other knock-on effects.

As the world heats further, the sort of floods seen this year from Australia to Nigeria will probably become more common. “We have waged war on nature, and nature is striking back, and striking back in a devastating way,” Guterres lamented after visiting Pakistan in September.

More than 600 dead in Nigeria

Nigeria has been engulfed by its worst floods in a decade, affecting at least 18 of its 36 states and killing more than 600 people, with over a million internally displaced.

Several factors have been blamed, including the country’s land use plan, its disaster management, government inaction and a lack of investment in climate infrastructure. The climate crisis has resulted in unpredictable and heavier rainfall.

“To a large extent, most of Nigeria’s river flood plain has been mismanaged and has not been prioritised,” said Adedamola Ogunsesan, a project manager at the Nigerian Conservation Foundation. “The early warning system has not addressed how we are going to react when there is flooding. There was no clearcut information on the procedure of evacuation and ensuring safety.”

Similar floods were witnessed across the country in 2012, killing more than 300 people and displacing millions after excess water was released from the Lagdo Dam in northern Cameroon.

The majority of affected states are in the south-east and north-central regions, where hundreds of communities have been cut off and are without access to food, clean water and fuel. “There are some communities, especially in the rural areas, that people now sleep inside canoes and move around in them,” said Yeri Dekumo, a special assistant to the Bayelsa state governor, one of the badly hit states.

Nigeria’s president, Muhammadu Buhari, is yet to address the country since the flooding started four weeks ago, and no state of emergency has been declared. The Nigerian Meteorological Agency has said the country should brace for more flooding.
Ope Adetayo in Lagos

Heavy rain across south-east Australia this month has forced thousands of people from their homes. Flooding has affected at least 16 rivers in the states of New South Wales and Victoria, as well as the island state of Tasmania.

In the northern Victorian town of Echuca, which lies at the junction of three rivers, residents are bracing for what is forecast to be the worst flood in 150 years, with hopes that a 2km-long temporary soil levee will protect the town centre from rising waters.

Another Victorian town, Kerang, expects to be cut off from the rest of the state for up to two weeks. It is the second time in 11 years that residents have had to prepare for a “one-in-100-years” flood.

There have been hundreds of reports of native wildlife caught in flooding. Footage has emerged of kangaroos bounding through murky waters, emus wading through a submerged yard, and an echidna trying to float on a plastic bottle.

The flooding has resulted from heavy rain over areas with full catchments and soils still saturated by two years of wet La Niña summers. For the first time in decades, some dams are at capacity. Sydney has experienced its wettest year on record, while in other regions, century-old October rainfall records have been broken. In a single hour on 7 October, Melbourne received half its average monthly rainfall.

The crisis comes half a year after flooding devastated swaths of the east coast in Queensland and northern New South Wales.

Intense rain is expected to continue throughout this week in Thailand, where 59 of the country’s 77 provinces have already been hit by floods affecting about 450,000 homes and more than 100,000 hectares of farmland, according to reports. Thai authorities have reportedly earmarked about 23bn baht (£538m) for assistance.

Tourism and mop-up efforts in the popular holiday destination of Phuket were held up by more rains on Wednesday, where residents described the recent storms as the worst the island had experienced in 30 years.