New pictures taken from space of the Cerro Prieto reservoir in Mexico show how the lake has nearly entirely dried up in less than a decade.

Located in the northern Mexican state of Nuevo León, the reservoir is now at a mere 0.5 percent of its full capacity of 318,000 acre-feet, as of July 7, 2022. Pictures taken by the Operational Land Imager (OLI) on the Landsat 8 satellite show the striking difference between July 2022 and the lake as pictured in July 2015.

The Cerro Prieto reservoir was built in the 1980s, and provides water to over a million people in Monterrey, the state capital of Nuevo León and Mexico’s second-largest metropolitan area, for use in agriculture, as well as drinking water. However, in early July, the water levels of the reservoir had dropped to the point that no water could be extracted at all. 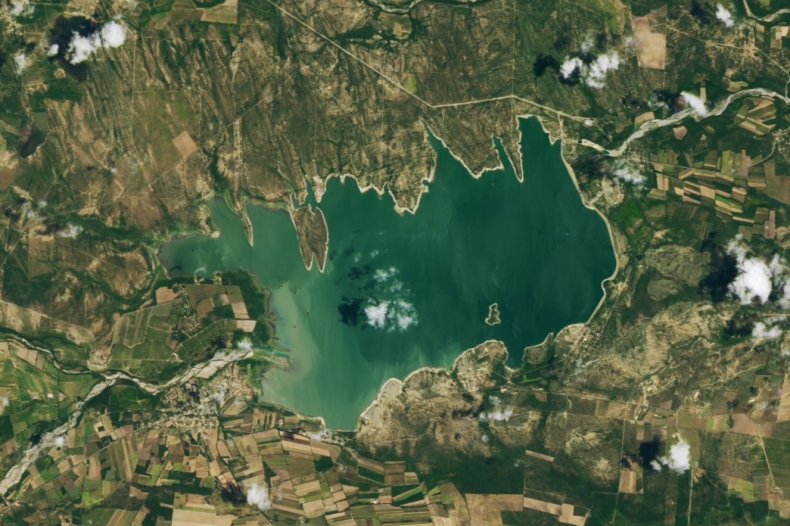 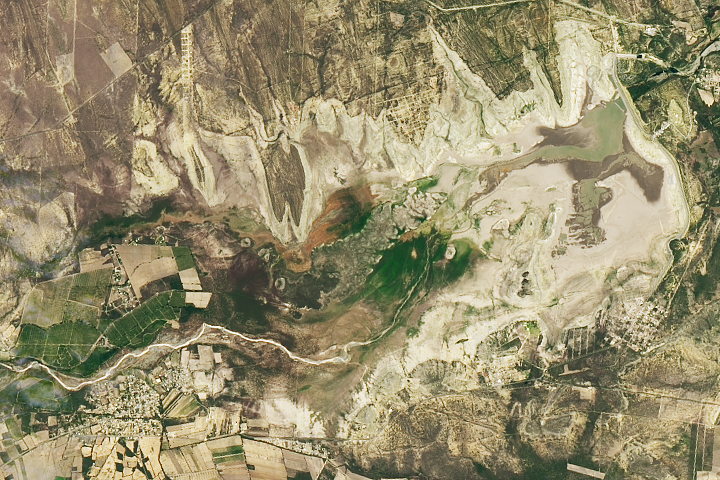 Much of northern Mexico has been plagued by drought for over two years, which has exacerbated the reservoir’s evaporation. The Mexico Drought Monitor shows that nearly half the country is classified as being in at least a “moderate” drought, with many areas being in “severe,” “extreme” and even “exceptional” drought conditions. Large portions of the bordering U.S. states are also experiencing droughts to the same degree.

In early July, a drought emergency was declared by Mexico’s National Water Commission. These emergency measures include industrial and agricultural sectors agreeing to reroute more water for domestic use, such as drinking water.

The current drought is thought to be related to La Niña, a weather event involving the cyclical cooling of parts of the equatorial Pacific that impacts weather patterns worldwide. The effects of La Niña are worsened by climate change.

Climate change is making extreme weather more common and more impactful, meaning that the drought conditions in areas like the U.S. West and Northern Mexico are predicted to worsen, with heatwaves becoming more extreme and rainfall decreasing.

“If we continue under the status quo, where we continue to burn fossil fuels and pump greenhouse gasses into the atmosphere, this will only get worse, and droughts and heatwaves will become more common.”

According to the National Oceanic and Atmospheric Administration, June 2022 is the second-warmest June on record in the Northern Hemisphere, with the ten warmest Junes ever all occurring in the 12 years since 2010.

Aldo Iván Ramírez, a professor in Monterrey Technological University’s engineering school, has said that he hopes that crises like these will make people wake up to the realities of our changing climate.

“I think this crisis has made the people think a lot,” Ramírez told AP. “I wouldn’t want to see a hurricane come and alleviate this crisis and everyone forget about it because that would be the worst thing that could happen to us.”