The auto industry’s shift to battery power is expected to lead to job losses because it takes fewer workers to build an electric vehicle than it does to build a car with a gasoline engine. But that probably won’t be the case in Alabama.

The state this week became the beneficiary of a factory that will build battery packs for a Mercedes-Benz electric sport utility vehicle. The German carmaker has a large factory complex near Tuscaloosa, Ala., where it has built conventional S.U.V.s since the 1990s.

Mercedes has supplied those factories with internal combustion engines made primarily in Europe. Now those imported components will slowly be replaced by batteries made in the United States.

“For the state, this is most definitely a net positive,” Ola Källenius, the chief executive of Mercedes, said in an interview after an event on Tuesday to mark the opening of the battery factory in a rural area a few miles from the existing factory. 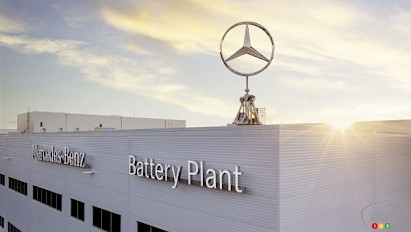 The battery plant, which will employ 600 people and begin full operations in April, is an example of how the shift to electric vehicles is fueling a wave of investment in the South.

Mercedes has invested $1 billion in the vast facility in Woodstock, Ala., and to retool the company’s manufacturing complex in nearby Vance to produce a line of electric S.U.V.s.

Automakers are building or planning more than a dozen new factories to make batteries for electric cars, almost all in Southern states. Ford Motor is planning a complex to make electric pickup trucks in Stanton, Tenn., which will get its batteries from a new plant in Glendale, Ky.

Alabama officials are “ecstatic” about the Mercedes investment, said Fitzgerald Washington, the Alabama secretary of labor, one of several public officials who attended the inaugural event.

Although the area has a low jobless rate, Mr. Washington said the factory offered better-paying, more highly skilled jobs and would draw workers from parts of the state with unemployment above 10 percent.

The factory will initially use imported battery cells, the components that store energy, to assemble battery packs that can be installed in vehicles. But Mercedes announced this week that it would work with Envision AESC, a Japanese battery maker, to build a cell factory at a location to be determined, probably in the region.

The push to supply U.S.-made parts may be accelerated by rising geopolitical tensions, including the Ukraine war, that have disrupted supply chains. Mr. Källenius said Mercedes would have wanted to have local cell production in any case, but added, “In this time of insecurity and uncertainty, it certainly makes that decision maybe even more clear.”