One of the last posts prior to the unplanned pause here at West Coast Climate Equity was “Runaway Permafrost Melt Imminent, Will Speed Dangerous Climate Change” It would be so wonderful to be able to revive this blog with the news that the situation had somehow changed and that the Arctic melt had stabilized. As most of you probably know this is not the case; quite the opposite actually. 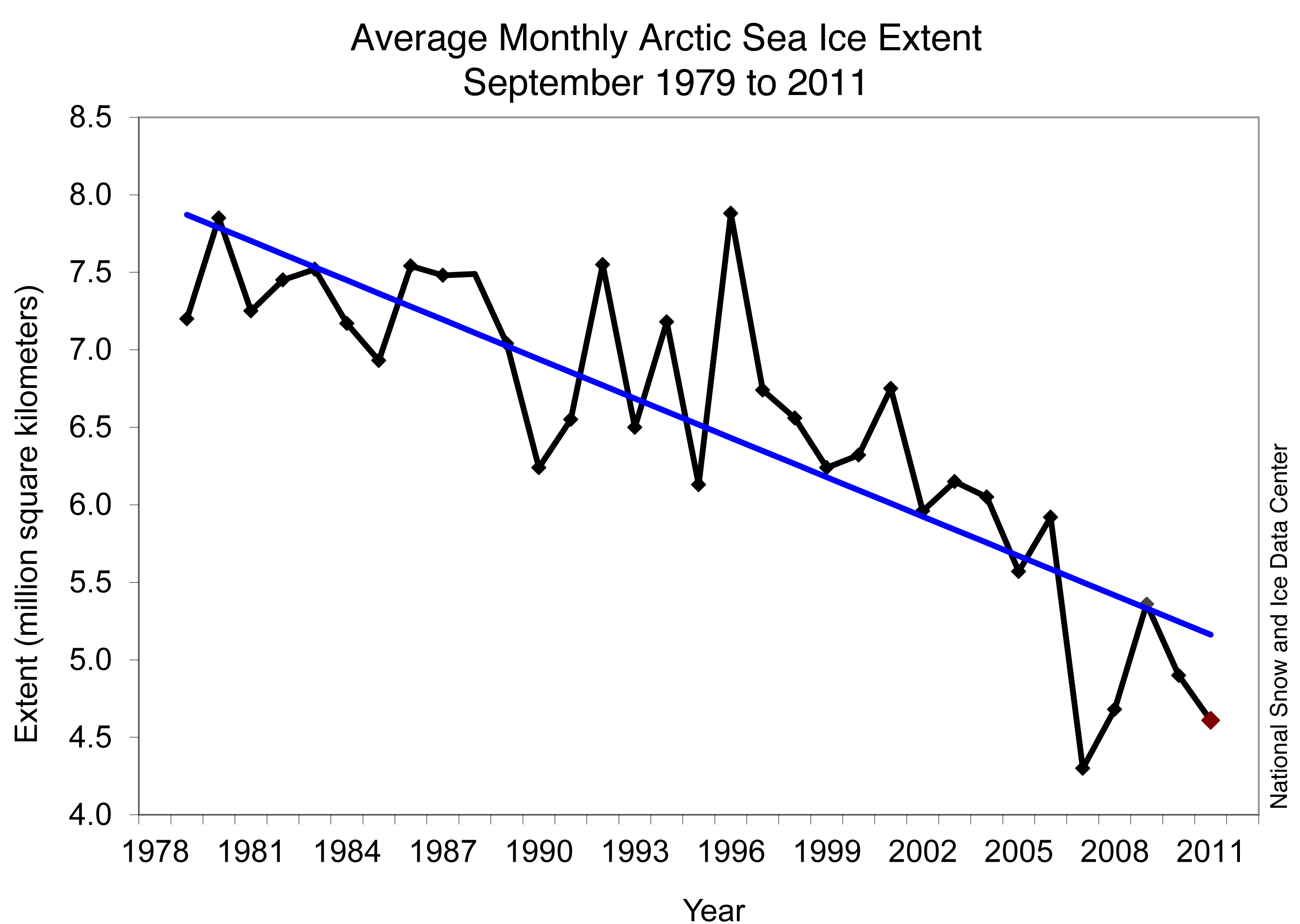 Bad as the melt news is, in late September extensive new methane emissions were discovered in the Russian Arctic. Methane is a potent greenhouse gas and one of the possible mechanisms that could tip us into catastrophic climate change.

On a more positive note September also witnessed the Keystone Pipeline protests at the American Whitehouse and elsewhere with 1252 arrests at the Whitehouse and 117 on Parliament Hill, including Bill McKibben, James Hansen and many celebrities. These protests against the environmentally devastating Canadian Tar Sands Project were gaining such momentum that McKibben editorialised that “Mass Arrests are Just the Beginning.” Would that it were so, or maybe it is? Protests over the Tar Sands seem to have disappeared as the news is increasingly dominated by the Occupy Wall Street (OWS) Movement. Is this a parallel movement? A broader one that contributes to or distracts from climate issues? Or something entirely new.

There are voices that describe the two as variously different manifestations of the same movement, or at the very least linked. Certainly “Climate activism stands with Occupy Wall Street Movement” and “Keystone-pipeline protesters link their movement to Occupy Wall Street” make the obvious links between those who profit from climate change such as the Koch brothers and other corporate interests as being the same interests that the OWS Movement is protesting.

That there are the same interests profiting from environmental destruction as well as the other forms of injustice being protested is indisputable. However, the voices describing the causes as one tend to be the climate activists embracing OWS and not vice versa. The fact is that the OWS Movement is primarily a critique of the distribution of wealth and wealth creation by human exploitation snd expressed as issues of equity, fairness, justice, income distribution, and accountability. Further, that critique is largely framed as within the Industrialised World as opposed to globally. It is not a broader challenge to the fundamental beliefs undepinning our society and our ability to sustain ourselves.

What I am not seeing in the OWS is an articulation of how climate change has, and increasingly will drive the economic injustices which they are protesting. Indeed, it is likely that unchecked climate change will soon become the single greatest factor driving poverty and injustice, naturally made all the worse by inequities in power and wealth. However that is not how it is understood by the bulk of our society, including the OWS movement.

This failure to identify climate change as both consequence and cause is relegating it to being perceived of as merely a consequence – just another of the unfortunate effects of the various economic injustices that OWS is protesting, and not necessarily even one of the most important ones.

As a result, by Oct 9th, McKibben’s assertion that it is all the same issue had morphed into a request that the OWS Movement join the Nov 6 Keystone pipeline protest, apparently now acknowledged as separate from, even if compatible with OWS. Naomi Klein’s “The fight against climate change is down to us – the 99%” actually mentions climate change only once, and then only in the context of imposing a deadline on how quickly we need to achieve the sorts of systemic, fundamental social changes needed.

Pursuing our own agenda will almost certainly mean we are marginalized and ignored by the mainstream and the bulk of the progressive movement. Throwing our lot in with the OWS Movement means the climate issue gets framed within the terms of that struggle, which is limiting to the point of being almost useless.

Granted Klein discusses the need for a far more fundamental agenda than is currently being articulated, one that would indeed put us on the right course to deal with climate change meaningfully. However, the bulk of her speech is about comparing OWS to the anti-globalization protests of a decade ago with observations about what mistakes were made then and how they might be avoided now. Perfectly legitimate and needed, but hardly a speech about climate change action.

Klein’s title is quite correct in that it is “down to us – the 99%.” The powers that be have demonstrated all too clearly that they will not take any meaningful action on climate change until it is far too late, if then. However, absent from the article is any discussion of what it is that we 99% are going to do. Not that it would be possible to articulate that in one short Guardian piece, but the fact is that it is left totally in the air.

Is it the premise that the occupations will lead to meaningful change, and if so, how exactly? Insomuch as the occupations do not seem to be connected to critiquing the amount of wealth we get by destroying the Earth (or the Developing World),exactly what change are we expecting? Realistically, at best the occupations may lead to some reforms in some mechanisms of wealth distribution within parts of the Industrialised North, but that’s probably about it. As such simply throwing our lot in with the OWS Movement does not seem a viable option.

So what are we, the 99% who must take up the task of actually solving the climate change crisis, to do? It seems to me that notwithstanding my apparent critique, the Occupy movement offers an opportunity as well as a challenge. As ever, the important task of educating the broader public, including our fellow progressives, about the realities of the climate crisis remains paramount.

The Occupy Movement is an opportunity to educate our fellow activists about those realities, as well as make ourselves available to be educated. To form meaningful alliances and coalitions we have to truly understand the concerns and needs of the various social justice movements. We cannot hope for meaningful cooperation and coordination if we do not deeply appreciate what those communities need and want.

At all costs we must not attempt to simply use the Occupy Movement to try to co-opt other peoples issues. Our desire to integrate our causes into a realistic and meaningful strategic plan for social change must be a sincere one. To do that we must listen at least as much as we speak, if not more so.

We must also educate by example. We will earn their respect and attention when how we live moment to moment demonstrates how seriously we understand the immediacy of the climate crisis to be. Equally we must live our lives in accordance with what they have to teach us about their issues and concerns. That is the only thing that will convince them of our commitment to justice and equity, and that the issue of climate change is fundamentally about climate justice.