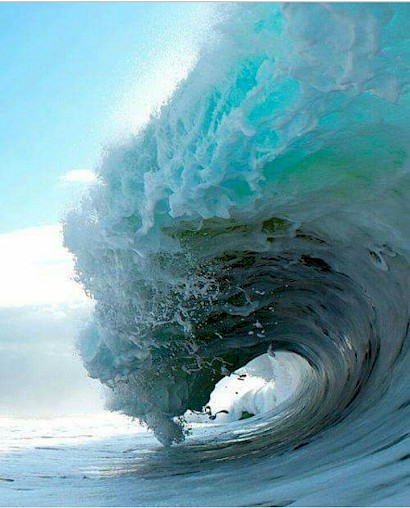 On a remote stretch of coastline on the Big Island of Hawaii, a startup is pioneering “ocean-assisted” carbon removal—a process that can both permanently store CO2 and help reduce ocean acidification.

The startup, called Heimdal, pumps saltwater into a machine that uses electricity to rearrange molecules in the water, removing acid. It can then sell the acid it removes, which ends up in the form of hydrochloric acid. The process also produces hydrogen and oxygen. The de-acidified seawater can be returned to the ocean, where it will naturally capture CO2.

“When the excess acidity is removed from the ocean, it shifts how CO2 exists back to how it was pre-Industrial Revolution,” says Erik Millar, coCEO of Heimdal, who began developing the technology with his cofounder Marcus Lima while both were students at Oxford University. “This moves it away from being carbonic acid, which causes ocean acidification, and toward bicarbonate and carbonate. These are stable forms of mineralized carbon dioxide that make their way down to the ocean floor, where they are stored for more than 100,000 years.”

The ocean has absorbed a third of the excess CO2 humans have put in the atmosphere—billions of tons per year (the ocean has also absorbed 90% of the excess heat on the planet). As the CO2 dissolves, it acidifies the water, making it harder for marine life like corals and shellfish to form and survive. The acidity in the Pacific Ocean, for example, has already started dissolving the shells of young crabs. The startup’s new process can help locally improve the pH of seawater. But the company’s main focus is to find a more affordable way to capture huge volumes of CO2.

Some other companies in the “direct air capture” industry are using large fans to pull air through machines that chemically capture CO2 from the atmosphere. That’s the approach taken by the first commercial direct air capture plant in the world. But Heimdal sees advantages to working with the ocean instead. There’s a greater concentration of CO2 in the water than in the air, so it can capture more in less volume. Working with the water also uses much less energy, making it less expensive than traditional direct air capture. It also uses less land; a plant that could capture as much CO2 as this direct air capture facility would only require as much space as four shipping containers, Millar says.

The new pilot plant in Hawaii is connected to an existing desalination plant, so it also saves on some costs because there was already a system in place that can pump water from the ocean. Everything runs on solar power. “Carbon capture has only recently been able to take off because of this huge decrease in the cost of renewable green electricity in the past decade,” Millar says. “So we’re running entirely on solar, and it’s cheaper than we could get from fossil fuel energy.”

The current version of the technology can capture CO2 at a cost of $475 per ton—lower than any other direct air capture in the world—and the team projects that the next plant, which is being designed to capture 5,000 tons of CO2 per year, can operate at a cost lower than $200 per ton of captured CO2. (The small pilot plant now can capture 36 tons of CO2 a year.) The company plans to build the next facility either in Portugal, on the site of a decommissioned power plant, or in Dubai, where it would be colocated with another desalination plant.

The challenge of capturing carbon is gigantic: the latest models from the Intergovernmental Panel on Climate Change suggest that as the global economy decarbonizes, the world will also need to remove around six billion tons of CO2 per year by 2050 to avoid the worst impacts of climate change. Right now, while the direct air capture industry is growing, it’s still at the earliest stages.

The startup’s biggest challenge is to grow as quickly as the climate crisis requires, Millar says. The company worked on a modular design that it says it can scale up quickly in factories. Its plans are ambitious. “It took Climeworks 13 years to build the world’s first current, largest direct air capture plant, at 4,000 tons per year,” he says. “We don’t really have the time. We’re projecting that we’re going to be capturing 5 million tons per year within 3 years.”