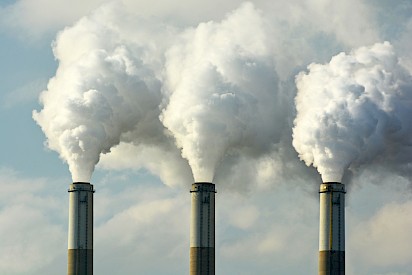 The climate crisis often seems overwhelming and the product of impersonal forces beyond our control. But new evidence suggests that society could make tremendous progress towards reducing carbon emissions simply by targeting a small set of power plants responsible for the lion’s share of electricity-based carbon pollution.

Over the past two decades, the volume of carbon dioxide emitted into the atmosphere by the electricity industry has risen by 53 percent worldwide and over half of all carbon releases are projected to come from this sector in the future. In the absence of an international cap-and-trade regime, several experts have argued that the next best approach for decreasing energy-related emissions is for nations to set goals for their power sectors’ emission intensities, measured by the amount of carbon dioxide emissions per electricity generated. Unfortunately, sweeping sector-wide policies are often too unwieldy, expensive or politically contentious to implement and thus can stymie the transition to decarbonized energy systems.

In light of these challenges, my colleagues and I analyzed the gains that could be achieved using a more modest strategy that focused solely on reducing the discharges of the most egregious polluters within each country’s power sector. The results were rather astonishing.

Based on an examination of over 29,000 fossil fuel power plants from 221 countries in 2018, we determined that 73 percent of the world’s electricity-based emissions can be attributed to just 5 percent of power plants. We mapped facilities by their carbon dioxide emissions and identified the top 10 “worst-of-the-worst” power plants. These super polluters are all powered by coal, primarily situated in the Global North, and emit carbon at a rate 28.2 to 75.6 percent higher than other fossil fuel plants in their country. This astonishing figure indicates that their higher emission levels are not just the result of their greater output. Rather they also burned inputs less efficiently and/or used more carbon-intensive fossil fuels. To put the enormity of these plants’ carbon pollution in perspective, the very worst plant — found in Poland — emits more carbon dioxide than all of Switzerland.

We also found that the distribution of emissions across plants has grown more unequal over time. In countries like the U.S., Japan, South Korea, Germany and Australia, the top 5 percent of their polluters were responsible for 75.0 to 89.6 percent of all emissions by 2018 or about 15 to 18 times more than would be expected if emissions were evenly distributed.

Especially important, we estimated the emissions from electricity generation that could be eliminated if the top 5 percent of countries’ polluters lowered their intensities, adopted cleaner fuels, and implemented carbon capture technologies. Although the advantages of targeting extreme emitters in these ways varied by country, we found that the world’s electricity-based emissions could be reduced by 17 percent if countries lowered their extreme emitters’ intensities to their sector’s average for all fossil fuel plants, 30 percent if these emitters switched to gas, and a remarkable 49 percent if they incorporated carbon capture systems.

Of course, no single policy will fit all. In nations like China, where there are numerous mid-sized plants and the distribution of pollution is less extreme, it may be prudent to expand the range of targeted facilities from, say, the top 5 percent to the top 10 percent. Depending on the politics and resources of a country, reducing intensities, fuel switching, or adopting carbon capture may be the more feasible mitigation strategy. Countries may also choose to shutter facilities using financial tools like “power plant securitization” that can encourage owners to close down dirty plants before their full financial lives have been met.

Whatever the case may be, targeting super polluting power plants — the world’s largest sites of climate-disrupting emissions — promises to be much more impactful than popular strategies like “greening” lifestyles. According to other recent research, for every 4,434 metric tons of carbon dioxide added to the atmosphere — equivalent to the carbon footprint of 3.5 American consumers — one extra heat-related death will occur during this century. By comparison, if one were to take offline the worst super polluter identified in our study, which emitted 37.6 million metric tons of carbon dioxide, and replaced it with a zero-emission alternative, that action alone would save 8,480 lives.

Given that time is running out to reverse the climate crisis, it is imperative that governments take aim at these low-hanging fruit. The United States is considering a bipartisan infrastructure measure that would be an important first step towards realizing President Biden’s ambitious environmental agenda. Democrats intend to build significant climate programs into a second bill, including measures to lower the emissions of electric utilities. If that bill is to demonstrate the United States’ commitment to addressing the crisis and serve as a model for other nations at the upcoming climate summit in Glasgow, it will prioritize reining in the super polluters.