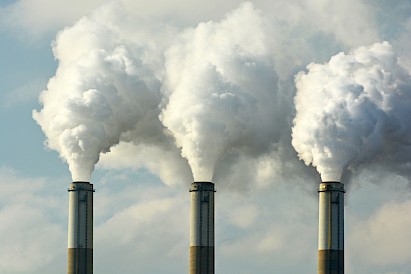 Humans have pumped so much carbon into the air that climate experts now believe even a dramatic reduction in fossil fuel emissions won’t be enough. They say we’ll also have to remove some of the carbon that’s already in the atmosphere if we want to prevent the worst impacts of climate change.

Plants do this naturally, but most scientists say the sheer volume of carbon that must be sucked out of the air means that simply planting more trees won’t be enough. That view has led to huge investment into potential technologies that — if proven effective and utilized at a massive scale — could help achieve global climate goals in the coming decades.

In the past few years, huge sums of money have been invested into what’s known as Direct Air Capture (DAC), a controversial new process that uses giant fans to drive air into facilities that use chemical reactions to pull carbon out of the air and store it — either in the ground or repurposed to create certain products.

There are currently about 20 DAC plants in operation around the world. Together, they are capable of pulling roughly 0.01 million metric tons of CO2 out of the air per year, a tiny fraction of 980 million metric tons that will be needed each year by 2050, according to an estimate from the International Energy Agency.

Last month, the Department of Energy announced a plan to provide $3.5 billion to fund the construction of four new DAC plants in the United States. There has also been massive private investment in the technology, including from Google, Facebook, Tesla’s owner, Elon Musk, and a long list of major investment firms.

Despite the dire predictions of what will happen without carbon removal and the potential promise of the technology, there’s deep division among experts over whether Direct Air Capture is a legitimate answer to the world’s climate challenges.

Advocates say that although the industry is in its infancy, DAC is the only proven method we have to pull from the air the carbon that is needed to meaningfully change the course of climate change. They note the huge investment in the development of new plants as a sign that there’s a strong desire from both governments and businesses to rapidly ramp up carbon removal efforts and argue that the process will become more significantly efficient and affordable over time, as more companies join the industry. Others make the case that, even though there are reasons to doubt that the dreams of DAC optimists are achievable, the climate situation is so dire that we need to go all-in on every solution that seems even remotely possible.

There are many skeptics, though. Some scientists argue that it’s unlikely that there will ever be enough DAC plants to make a significant dent in the world’s carbon output — one expert estimated that the largest plant currently in operation can only capture “three seconds worth of humanity’s CO2 emissions” in a year. Another issue, they say, is that carbon capture may never achieve the level of sustained investment that other green technologies have, because it doesn’t produce an end product that can be sold for profit.

Others worry that the promise of carbon removal may be used as an excuse to delay the transition from fossil fuels, which is widely viewed as the single most important step toward curbing climate change. There are also practical concerns about the damage that could be caused to the environment and vulnerable communities by the existence of hundreds of DAC plants around the globe.

“Even as we stop making the problem worse, we’ll still need to clean up the mess made so far. Environmentally just carbon removal is a potentially powerful tool that can help stop the worst impacts of climate change by removing legacy emissions from the atmosphere.” — Jasmine Sanders, The Hill

Carbon removal may fail, but we have no choice but to try

“I don’t think carbon capture is a silver bullet, because there is no silver bullet. … We’re going to need everything, especially because we’re already behind on our goals.” — Nadine Mustafa, energy technology researcher, to CNN

“The only way to really know how these systems perform in practice, is to go build them,” said David Victor, public policy researcher, to Grist

“Public carbon removal is the clear choice. The federal government can begin this transition now by ensuring that any infrastructure built using the billions of federal dollars going out the door is owned either by the government or directly by communities. … We can collectively build a justice- and worker-centered public model for deploying this climate-critical infrastructure.” — Andrew Bergman, New Republic

Right now, the business model for carbon removal is unproven

“All these efforts face an acute problem: No one wants to buy this stuff. Philanthropists and government agencies have long offered prizes for various carbon-removal benchmarks. And inchoate efforts are underway to turn stored carbon dioxide into something economically useful. Yet none of these efforts amounts to a sustainable business. That, too, may be about to change.” — Editorial, Bloomberg

“I’m rooting for it, but only a fool would bet the planet on it. … The problem isn’t that the technology sucks — it probably gets better (though there are thermodynamic limits as to how better). The problem is that policymakers are including it in climate ‘planning’ as if it already works. That is beyond dangerous.” — Climate scientist Peter Kalmus

“There will be a risk of fossil-fuel companies and others using carbon removal as an imagined way to not shift their business models as long as we don’t have a mainstream plan for ending fossil fuels.” — Holly Buck, environment and sustainability researcher, to MIT Technology Review

“For now, the only guaranteed way to stave off the climate crisis is by preventing pollution in the first place.” — Justine Calma, Verge