Is a major Alaska oil project a 'carbon bomb' or a nothingburger? 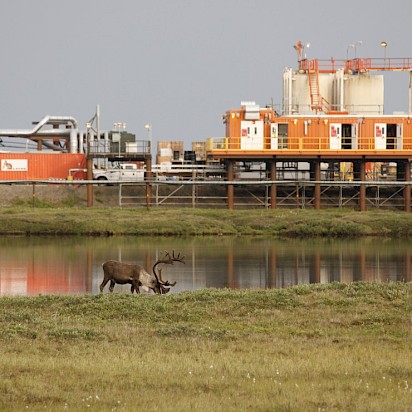 Is a massive oil project on Alaska’s North Slope an environmentally responsible proposal or a ticking time bomb for the planet?

It depends on whom you ask.

According to a new analysis released Tuesday by the Center for American Progress, a preeminent liberal think tank, ConocoPhillips’s Willow project would produce up to 287 million metric tons of carbon dioxide over the next 30 years. That’s equivalent to the annual emissions of 76 coal-fired power plants — a third of all coal plants in the United States.

But according to ConocoPhillips, CAP’s analysis is misleading and inaccurate. In reality, the company argues, the Willow project would have a modest environmental footprint in comparison to the nation’s coal plants. And it would provide desperately needed energy and jobs for the region and the country.

The debate has enormous implications for President Biden’s ambitious climate agenda, which calls for cutting U.S. emissions by at least 50 percent by 2030. It comes as the administration weighs whether to approve the multibillion-dollar effort to expand oil infrastructure on the nation’s single largest block of public land.

Here’s a look at both sides of the ongoing debate over the project — and why it matters for Biden and the planet:

ConocoPhillips’s proposal for Willow includes hundreds of miles of roads and pipelines, airstrips, a gravel mine and a major new processing facility — all in the middle of pristine Arctic tundra and wetland.

The dispute over the project’s emissions spans several months:

The crux of the matter

Now that we’ve laid out the context, let’s review the heart of the debate. While the disagreement is complicated, it largely centers on a hypothetical situation in which the Willow project were not developed.

In an email, ConocoPhillips spokesman Dennis Nuss said that CAP “continues to misconstrue emissions numbers and timelines to create misleading comparisons to what remains an environmentally and socially responsible project.”

Nuss added that “when complete, Willow will promote U.S. energy security, provide employment in the state of Alaska, and generate public revenue directed to North Slope communities for healthcare, roads, schools and other essential services.”

Jenny Rowland-Shea, CAP’s director of public lands and the author of the new analysis, countered that Willow would be a “carbon bomb” at a time when “scientists and others are saying the U.S. urgently needs to move off fossil fuels” to meet global climate targets.

“We really, really can’t afford to have this project happen,” she said.