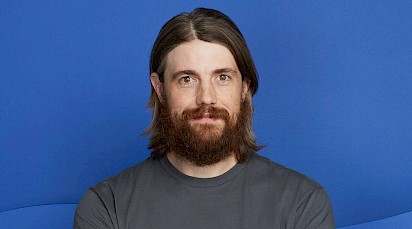 Mike Cannon-Brookes most famously demonstrated his interest in accelerating clean energy in 2017 when he challenged Tesla Inc.’s Musk to install 100 megawatts of battery power within 100 days to help solve an energy crisis in South Australia.

A billionaire campaigner forced a key Australian polluter to capitulate over its corporate strategy in one of the most aggressive and successful examples of investor-led climate activism.

AGL Energy Ltd. abandoned a plan to split its retail and power-generation assets — and said its chief executive officer and chairman will exit — after pressure from technology tycoon Mike Cannon-Brookes, who became the utility’s largest shareholder this month to hasten efforts to curb greenhouse gas emissions.

The firm’s proposal, which had been scheduled to be voted on within weeks, would have seen Australia’s biggest electricity generator run its coal-fired plants for another two decades, and anticipated the power business would not hit net zero emissions until about 2047.

Cannon-Brookes has argued that the coal plants should be closed far sooner, and that splitting AGL in two would destroy value and give the new companies less ability to pursue a quick transition to cleaner energy. AGL is Australia’s largest emitter of scope-one greenhouse gases.

AGL declined 1.7% in Sydney trading Monday, reflecting concern over the company’s prospects as it seeks new leadership and a fresh plan for the future. The shares have plunged by more than two-thirds from an April 2017 high. 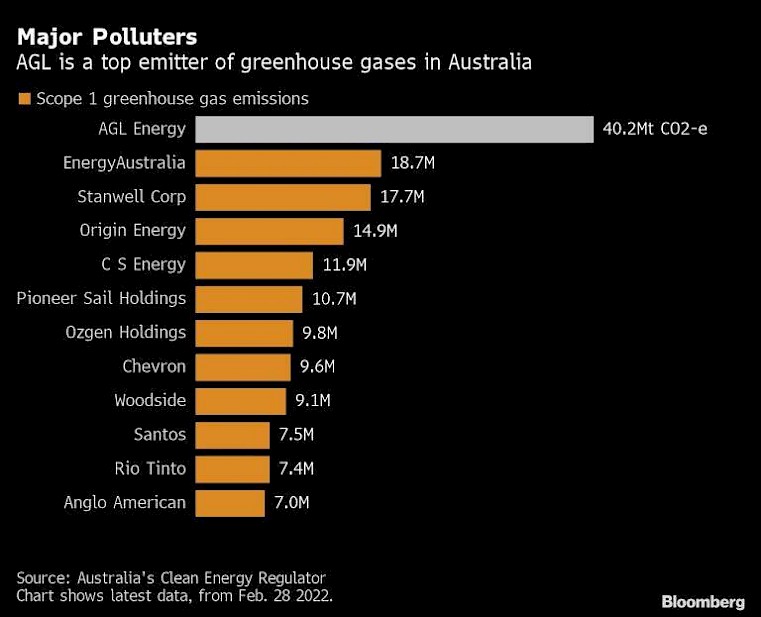 “There is now less certainty as to the future direction of AGL,” said Jamie Hannah, deputy head of investments and capital markets at Van Eck Associates Corp., which owns the utility’s shares. “The risk of further downside has increased.”

Cannon-Brookes, who has used his wealth and social media following to lobby lawmakers and Elon Musk on climate action, earlier this year joined a failed takeover approach for AGL led by Brookfield Asset Management Inc. He resumed his campaign this month by taking control of about 11% of the Sydney-based utility, plunging the company into new turmoil.

CEO Graeme Hunt and Chairman Peter Botten will leave their posts, along with two other board members, AGL said Monday. The company will also launch a strategic review, consult with investors including Cannon-Brookes’ Grok Ventures and listen to “any new approaches from third parties regarding alternative transactions,” it said.

AGL, formed in 1837 as the Australian Gas Light company, also indicated it could accelerate an exit from coal.

Grok will seek board seats and believes AGL’s decision shows investors agree with Cannon-Brookes that the utility “needs to be kept together to take advantage of the economic opportunity presented by decarbonisation,” it said in a statement.

The AGL decision highlights renewed attention being given to the pace of climate action in Australia following the vote into power last week of a new government — and a slew of emissions-focused independent lawmakers — that has vowed to end decades of inaction by one of the world’s highest per-capita emitters.

It also builds on activist fund Engine No. 1’s surprise success last year in having three climate-conscious directors voted onto the board of Exxon Mobil Corp., and Enkraft Capital’s move to force German energy giant RWE AG to hold a vote on a spinoff of its brown coal operations.

AGL had intended to ask holders to vote next month to approve the creation of AGL Australia, a retailer with more than 4 million energy customers, and Accel Energy, which would operate the ageing fleet of coal plants and develop capacity in renewables. The firm expected its final coal plant to close between 2040 and 2045.

“Shareholders are increasingly expecting companies to do more to drive a timely, equitable and orderly transition to a low-carbon future,” said Debby Blakey, CEO of Health Employees Superannuation Trust Australia, one of the country’s largest pension funds and an AGL investor that opposed the demerger.

Cannon-Brookes most famously demonstrated his interest in accelerating clean energy in 2017 when he challenged Tesla Inc.’s Musk to install 100 megawatts of battery power within 100 days to help solve an energy crisis in South Australia. Musk took up the offer, won the bet, and helped spark a rush of giant battery projects.

AGL aims to report to shareholders on its review in September and will provide an update on progress with its next earnings results, it said.