How a 4-day workweek could benefit the environment 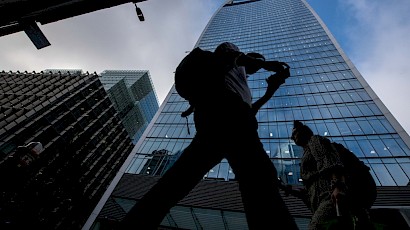 Reducing the workweek to four days could have a climate benefit, advocates say. In addition to improving the well-being of workers, they say slashing working hours may reduce carbon emissions.

It’s what you might call a “potential triple-dividend policy, so something that can benefit the economy, society and also the environment,” said Joe O’Connor, chief executive of the nonprofit group 4 Day Week Global. “There are not many policy interventions that are available to us that could potentially have the kind of transformative impact that reduced work time could have.”

Over the years, studies have documented a link between fewer working hours and lower emissions — reductions that experts explain may be the result of changes to commuting, energy use and lifestyle habits. One analysis of data looking at more than two dozen countries from 1970 to 2007 predicted that if work hours were reduced by 10 percent, there could be drops in ecological footprint, carbon footprint and carbon dioxide emissions by 12.1 percent, 14.6 percent and 4.2 percent, respectively.

“The one thing we do know from lots of years of data and various papers and so forth is that the countries with short hours of work tend to be the ones with low emissions, and work time reductions tend to be associated with emission reduction,” said Juliet Schor, an economist and sociologist at Boston College who researches work, consumption and climate change.

For instance, reducing working hours could affect people’s lives outside of work, said Mark Weisbrot, co-director of the Center for Economic and Policy Research. He suggested this kind of change could lead people toward more environmentally friendly habits. “They become used to a different lifestyle that’s a lower consumption lifestyle because they have more time.”

But those benefits would depend on a number of factors, experts emphasize, including how people choose to spend nonworking time. It’s also critical, they said, to remember that reducing working hours is just one strategy to combat climate change.

“There’s no one arguing that the four-day workweek is a silver bullet that will address all of our environmental concerns in one go — far from it,” O’Connor said. “But can it be a very powerful enabler and a very powerful contributor? I think absolutely it can.”

Transportation is the biggest contributor to greenhouse emissions, Schor said, “and commuting is a big part of that.”

In 2020, the transportation sector accounted for about 27 percent of total U.S. greenhouse gas emissions, according to the Environmental Protection Agency.

The potential benefits of cutting down on commuting and travel were perhaps most noticeable during the early months of the coronavirus pandemic. When widespread stay-at-home orders were in place, the emissions from driving, flying and industrial output were dramatically reduced. Air quality in cities around the world showed marked improvement, while global emissions plummeted.

Largely fueled by the pandemic, a widespread adoption of remote and hybrid work models may mean many are already commuting less even if they work five days a week, O’Connor said — but officially adopting a four-day workweek could benefit industries that are still largely in-person.

A November 2021 survey of 2,000 employees and 500 business leaders in the United Kingdom found that if all organizations introduced a four-day week, the reduced trips to work would decrease travel overall by more than 691 million miles a week.

But the climate benefits of less commuting could be negated, experts said, if people choose to spend their extra time off traveling, particularly if they do so by car or plane.

Schor said it’s important for people to ask themselves: “What are they going to be doing on the fifth day, and what is the energy use associated with that, and how does it compare to what they would have been doing?”

According to a 2006 paper, if the United States adopted European work standards, the country would consume about 20 percent less energy. And if Europeans gave up those shorter workweeks, the authors wrote they would “consume some additional 25 percent more energy.”

“There’s a definite relation between production, consumption and carbon emissions,” said Weisbrot, who co-wrote the 2006 paper.

Energy could also be conserved if less resources are needed to heat and cool large office buildings, Schor said, reducing demands on electricity.

When the Utah state government launched a four-day workweek trial among its employees in 2008, one report projected that shutting down buildings on Fridays would lead to a decrease of at least 6,000 metric tons of carbon dioxide emissions annually, Scientific American reported.

Any potential energy-saving gains, however, hinge on how companies and individuals use resources, Schor said.

For example, if an entire workplace shuts down on the fifth day, that would help lower consumption — less so if the office stays open to accommodate employees taking different days off. Energy consumption could also increase overall if people spend their day off at home or elsewhere doing activities that would use more resources than if they were at work.

It’s possible that fewer working hours may lead some people to have a larger carbon footprint, but experts say research suggests that most people are likely to shift toward more sustainable lifestyles.

One theory, Schor said, is that people who work more and have less free time tend to do things in more carbon-intensive ways, such as choosing faster modes of transportation or buying prepared foods. “Convenience is often carbon-intensive and people opt for convenience when they’re time-stressed.”

Meanwhile, some research suggests that those who work less may be more likely to engage in traditionally low-carbon activities, such as spending time with family or sleeping.

“When we talk about the four-day workweek and the environment, we focus on the tangible, but actually, in a way, the biggest potential benefit here is in the intangible,” O’Connor said. “It’s in the shift away from a focus on hard work to a focus on smart work. It’s the cultural change in how we work and the impact that could have on how we live, and I think that that’s the piece that’s really revolutionary.”

But moving to widely reduce working hours should not be done in isolation, he and other experts said.

“It doesn’t matter how many days you work if we’re still using fossil fuels,” Schor said.