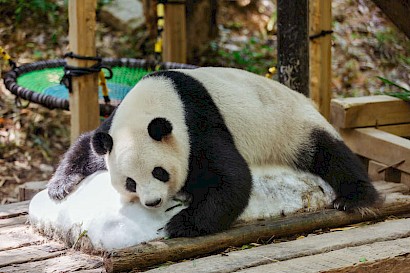 BEIJING — In western China, runoff from melting glaciers could overwhelm dams, officials have warned. In the southern metropolis of Guangzhou, the government has asked residents to use large appliances less so the electrical grid is not overwhelmed as the city battles its longest heat wave since 1951. In the coastal city of Fuzhou, temperatures exceeded 41 degrees Celsius, or nearly 106 degrees Fahrenheit, for an unprecedented three days in a row, state media reported.

More than 900 million Chinese, about 65 percent of the population, are living under some kind of heat warning. Temperatures have reached, or exceeded, the highs that have recently tormented parts of Europe and the United States. Between June and mid-July, officials across the country have issued more than 15,000 high-temperature warnings, including more than 2,000 predicting temperatures would exceed 104 degrees, according to state media. Seventy-one weather stations recorded their highest temperatures ever.

China has long suffered from extreme weather in summer, with heat waves accompanied by intense flooding. But the severity of these events has increased in recent years under the effects of global warming. Officials said the heat this year was likely to be more intense and more prolonged. It is expected to persist until at least the end of the month.

“The affected area is large, the length of time it will continue is long, and the extremity is strong,” Xinhua, the state news agency, said.

As elsewhere in the world, the toll has fallen on some of the most vulnerable, including the poor and elderly. Several heat-related deaths have been recorded, some of them construction or factory workers. Videos on social media have shown frontline medical workers, in full-body protective equipment as China continues to try to eliminate the coronavirus, being overwhelmed by the high temperatures.

Heat-related deaths in China rose more than fourfold between 1990 and 2019, to 26,800 in 2019, according to a study published in the medical journal The Lancet. Researchers have predicted that the number could more than double if the global temperature rises by 2 degrees Celsius, or 3.6 degrees Fahrenheit, noting that China’s rapidly aging population would be especially at risk. 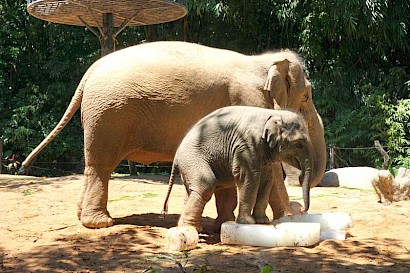 Some of the highest temperatures recently have been recorded in southeastern China, in the coastal province of Zhejiang. On Tuesday, temperatures in one city there, Lishui, reached nearly 108 degrees. One Zhejiang hospital told reporters from state media that it was admitting heat stroke patients on a daily basis. At least one man, a factory worker, died earlier this month after suffering multiple organ failure.

But most of the country has been roasting. In the far-western Xinjiang region, local officials warned last week that the melting of snow and ice from mountainous areas would increase the risk of dam failure, and that it had already caused flash floods and mudslides. Earlier this month, an official with the National Meteorological Center said the heat could drain moisture from the soil in Gansu and Shaanxi Provinces, hurting harvests of corn and cotton, and damage rice harvests in the Yangtze River basin.

Photos from a zoo in Guangzhou showed a panda lying on a giant slab of ice and several elephants perched atop blocks of their own.

Only two provinces, Heilongjiang and Liaoning, both in the far northeast, have not issued heat warnings.

A heat wave had already scorched parts of northern China in June, just as heavy flooding displaced millions of people in the central and southwestern parts of the country. The heat receded slightly, only to return with force in the south in recent weeks.