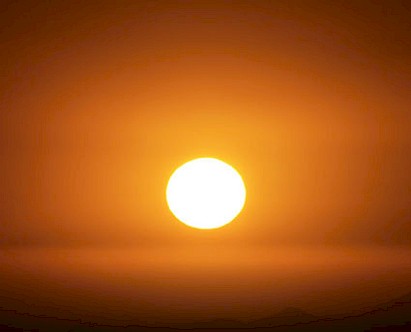 Planet-warming gases are trapping more and more heat in the atmosphere, holding in significantly more heat than they were in previous decades, a new assessment has found.

The assessment from the National Oceanic and Atmospheric Administration (NOAA) found that human-caused greenhouse gas pollution trapped 49 percent more heat in 2021 than in 1990.

“Our measurements show the primary gases responsible for climate change continue rising rapidly, even as the damage caused by climate change becomes more and more clear,” said Ariel Stein, the acting director of NOAA’s Global Monitoring Laboratory, in a statement.

Climate change is caused by an increased amount of greenhouse gases in the atmosphere. These increases are primarily driven by human use of fossil fuels.

And, it has been linked to more droughts and heat waves, stronger hurricanes and rising sea levels.

NOAA found that carbon dioxide, the most common greenhouse gas, which can last more than 1,000 years in the atmosphere, is the biggest contributor.

It also found that carbon dioxide levels are responsible for 80 percent of the increased heat tracked by the agency’s Annual Greenhouse Gas Index since 1990.

The 2021 increase in the second-biggest greenhouse gas, methane, was the largest increase recorded since the early 1980s.

Methane is about 30 times as powerful as carbon dioxide over a 100-year period, but spends less time in the atmosphere.