GM recalls every Chevy Bolt ever made, blames LG for faulty batteries 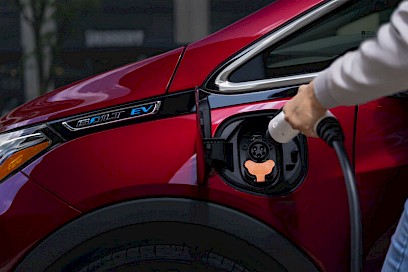 GM has announced that it is recalling every Chevrolet Bolt made to date, including new electric utility vehicle models, over concerns that a manufacturing defect in the cars’ LG-made batteries could cause a fire.

The Bolt was first recalled in November after five cars that hadn’t been in crashes caught fire. After investigating the problem further, Chevy recalled a second batch in July. The problem was traced to two manufacturing defects that could occur simultaneously. The defects—a torn anode tab and folded separator—created conditions that could lead to a short in affected cells. So far, the company has identified 10 fires that involve faulty batteries, according to an AP report.

This third and latest recall includes 73,000 Bolts made from 2019 to 2022, the current model year, and brings the total recall to nearly 142,000 cars, with over 100,000 having been sold in the US. GM estimates that the initial recalls will cost $800 million, and it expects the new one to add $1 billion to the total. GM said it will be seeking reimbursement from LG.

To fix the problem, the automaker will replace the vehicles’ batteries, a costly and laborious procedure that will take some time. Until replacement batteries are ready and service appointments can be scheduled, GM has recommended that Bolt owners park their vehicles outside and limit their battery’s state of charge to 90 percent or lower. The company also recommended not letting the estimated range dip below 70 miles. GM says it is working with LG Chem to ramp up production of the replacement cells.

The faulty batteries were traced initially to an LG Chem factory in Ochang, South Korea, and the companies thought the issue was contained to that plant. But a fire a few weeks ago in Chandler, Arizona, involving a 2019 Bolt led investigators to expand their scope, revealing that problems were also present in batteries that had been made at other LG factories.

GM and LG Chem are partners in a new multibillion-dollar joint venture to manufacture the Ultium batteries that will underpin a range of new electric vehicles from the Detroit automaker. The companies have announced two $2.3 billion battery factories in Ohio and Tennessee, with the first set to begin production next year.

GM initially partnered with LG Chem for its high-voltage batteries in 2008, when the automaker selected the company to supply packs for its Chevy Volt plug-in hybrid. At the time, it was widely believed that GM selected the Korean company because of its established track record in the relatively new field of lithium-ion batteries. It was likely the right choice given that one of the competitors for the contract, A123, suffered a black eye a few years later when its batteries were responsible for a string of bricked Fisker Karma plug-in hybrids.

But even LG Chem’s experience and manufacturing prowess have not immunized it from high-stakes errors. “Batteries are hard,” Greg Less, technical director of the University of Michigan’s Battery Lab, told me for another article. “If they weren’t hard, everyone would be making them.”

In recent years, battery manufacturers have struggled to balance the competing needs of cost, stability, and performance when developing new chemistries. Many lithium-ion batteries in cars use cobalt to maintain stability while charging and discharging. But cobalt is expensive, and most of it is found in the Democratic Republic of Congo, a country known for its spotty human rights record and substandard mining conditions. Electrochemists have been working to reduce the amount of cobalt used, swapping it for nickel, which also has the benefit of boosting energy density. Unfortunately, high-nickel batteries are also more prone to fire.

Though neither GM nor LG has released specifics about the Bolt’s battery chemistry, its ingredients are thought to be NMC 622, or six parts nickel, two parts manganese, and two parts cobalt. That’s similar to what other automakers are using. There have been plenty of recalls recently as automakers work out the kinks in their battery supply chains—Ford, Hyundai, and BMW have all announced recalls lately. So far, those recalls are smaller than GM’s, and their causes range from manufacturing defects to potential software issues.

Though EV fires garner high-profile headlines, it’s not clear whether EVs catch fire more frequently than internal combustion engine vehicles. Earlier this month, Tesla released a figure in a report claiming that fossil-fuel vehicles are 11 times more likely to catch fire than Tesla’s own cars (as measured by fires per billion miles traveled). On the other hand, 2019 data from the London Fire Brigade suggests that plug-in cars are more like to catch fire than ICE vehicles (0.1% vs. 0.04% of cars registered in the city).

As GM continues to invest in electrification, the company clearly understands that it has to move swiftly to rectify the problem. “We’re working with our supplier and manufacturing teams to determine how to best expedite battery capacity for module replacement under the recall,” GM spokesman Dan Flores wrote to CNBC in the wake of last month’s recall. “These teams are working around the clock on this issue.”