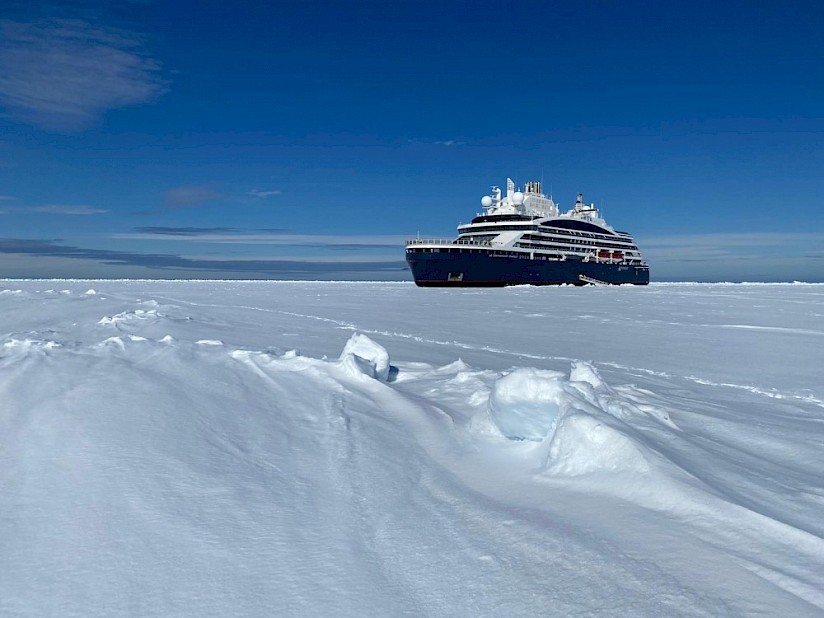 Russian nuclear-powered icebreakers have brought wealthy tourists on voyages from Murmansk to the North Pole every summer since the early 1990s, but with the purpose-built expedition ship, Ponant brings a whole new level of luxury for those willing to cash out more than €34,000 for a 2-weeks tour to the top of the world.

Monday morning, at 10:38, the “Le Commandant Charcot” arrived at the North Pole, only a few days after the ship sailed out of Longyearbyen, Svalbard. This time of the year has the lowest sea-ice extent, the Midnight Sun doesn’t set until late September. 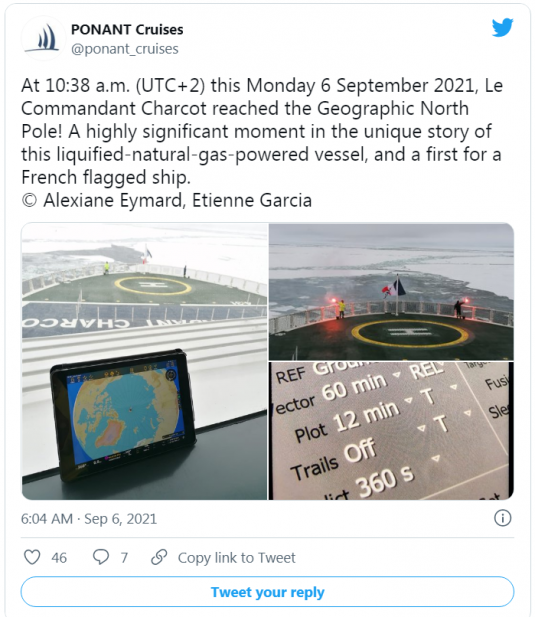 Next season, the ship will bring passengers on the same tour, with four departures from Longyearbyen for the period early July to late August.

With a guest capacity of 270 and a crew of 235, the Norwegian-built ship, designed by Aker Arctic, has an indoor swimming pool, spa, a few restaurants, suites with private balconies, even a few with jacuzzis.

The new cruise vessels just add to the long list of new ice-classed expedition cruise vessels aimed for Arctic waters. Ponant has a few other vessels to be added to the fleet.

It might seem like a paradox, but global warming opens more and more Arctic waters for vessels with tourists who want to see the sea ice before it vanishes.

With LNG (liquid natural gas), emissions are way lower than engines running on bunker oil, making it more environmentally suited to sail near coastlines and in protected areas.