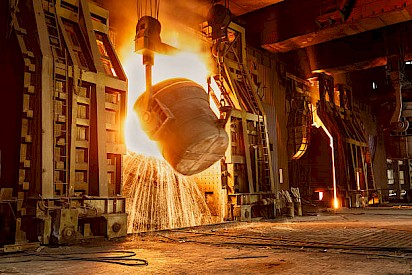 The furnace, heated to 1,500 degrees Celsius, was glowing red. Workers at the Arc International glass factory loaded it with sand that slowly pooled into a molten mass. Nearby on the factory floor, machines transformed the shapeless liquid with a blast of hot air into thousands of delicate wine glasses, destined for sale to restaurants and homes worldwide.

Nicholas Hodler, the chief executive, surveyed the assembly line, shimmering blue with natural gas flames. For years, Arc had been powered by cheap energy that helped turn the company into the world’s largest producer of glass tableware — and a vital employer in this working-class region of northern France.

But the impact of Russia’s abrupt cutoff of gas to Europe has doused the business with new risks. Energy prices have climbed so fast that Mr. Hodler has had to rewrite business forecasts six times in two months. Recently, he put a third of Arc’s 4,500 employees on partial furlough to save money. Four of the factory’s nine furnaces will be idled; the others will be switched from natural gas to diesel, a cheaper but more polluting fuel.

“It’s the most dramatic situation we have ever encountered,” Mr. Hodler said, shouting to be heard over the din of clinking glasses. “For energy-intensive businesses like ours, it’s crippling.”

Arc is not alone. High energy prices are lashing European industry, forcing factories to cut production quickly and put tens of thousands of employees on furlough. The cutbacks, though expected to be temporary, are raising the risks of a painful recession in Europe. Industrial production in the euro area fell 2.3 percent in July from a year ago, the biggest drop in more than two years.

Makers of metal, paper, fertilizer and other products that depend on gas and electricity to transform raw materials into products from car doors to cardboard boxes have announced belt-tightening. Half of Europe’s aluminum and zinc production has been taken offline, according to Eurometaux, Europe’s metals trade association.

Among them is Arcelor Mittal, Europe’s largest steel maker, which is idling blast furnaces in Germany. Alcoa, a global aluminum products producer, is cutting a third of production at its smelter in Norway. In the Netherlands, Nyrstar, the world’s biggest zinc producer, is pausing output until further notice.

Even toilet paper is not immune: In Germany, Hakle, one of the largest manufacturers, announced that it had tumbled into insolvency because of a “historic energy crisis.”

The whirlwind has unnerved the inhabitants of Arques, a town whose fortunes have been tied to glassmaking for more than a century. The modern-day Arc was founded in 1825 as the Verrerie Cristallerie d’Arques, then a small local maker of fine crystal goblets.

Today, Arc’s operations are enormous, spanning an area nearly half the size of New York’s Central Park. Its mass is such that Arc indirectly generates another 15,000 or so jobs in the region, from cardboard factories that package its glass to transport companies ferrying its products. Arc’s other factories are in China, Dubai and New Jersey.

“The shutdown of the furnaces is bad news,” said one worker, a 28-year veteran of the factory, who spoke on condition of anonymity for fear of compromising his job. “Sure, high energy prices are having an impact,” he added, “but it’s scary how fast it’s happening.”

To some extent, the crisis is a blowback from European sanctions that were intended to punish Moscow for its invasion of Ukraine. The pain has undermined confidence at European companies and their ability to plan.

But the solutions may not be fast enough. Costs have already soared beyond what many manufacturers can afford. Thousands of European companies are near the end of fixed energy contracts signed when prices were cheaper, and must renew them in October at current prices. Year-ahead electricity prices, which are tied to the cost of gas, are around 1,000 euros per megawatt-hour in Germany and France, while natural gas is at record highs of around €230 per megawatt-hour.

Eschenbach Porcelain survived Germany’s transition from communism to capitalism after 1989. But when its energy contracts run out at the end of this year, the company will face annual energy bills of 5.5 million euros, or roughly six times what it is paying now, said Rolf Frowein, its director.

“That would mean we have to more than double our prices, and nobody will pay that for our cups and plates,” he said. Eschenbach, a 130-year-old company in the eastern state of Thuringia, is in talks with local politicians about a potential solution. It is one of dozens of small and midsize firms in Germany fearing they will have to close for good.

An hour north of the Arc factory, Aluminium Dunkerque, France’s biggest aluminum producer, will furlough part of its 620-person work force and cut production by more than 20 percent as it faces a potential fourfold jump in its energy costs.

“The time we spend dealing with energy issues been multiplied by 10,” said Guillaume de Goÿs, the chief executive. “We hope the crisis will be short-lived, but if it lasts, European industry will be in very big trouble.”

Mr. Hodler is laboring to steer Arc away from trouble, following years of financial difficulties linked to overexpansion and, more recently, pandemic lockdowns. In December, shortly after Mr. Holder took over in a management shake-up, Arc received an emergency 45 million euro loan backed by the French state and is now asking the government for additional relief from high energy bills.

The site, which consumes as much energy as 200,000 homes, makes “arts de table,” including Luminarc dinner plates and Cristal d’Arques-branded table and barware. All told, Arc produces four million glasses a day, as well as items like candle holders for Bath & Body Works and promotional glasses for Heineken and McDonald’s.

Doing so requires intense heat to melt sand into glass in furnaces that must stay lit 24 hours a day. In summer, Europe’s power crunch propelled Arc’s energy bill to $75 million, from 19 million euros a year ago. On top of that, consumers suddenly stopped buying items like candleholders and washing machines, for which Arc makes glass windows, sending orders plunging.

“People are worried about their winter energy bills, and are saying, ‘I’ll wait to buy that nonessential item,’” Mr. Hodler said.

The double-whammy sent Arc’s management team scrambling for solutions — all of them less than desirable.

This month, 1,600 workers were asked to stay home two days a week to cut costs. And for the first time, Arc’s furnaces will switch to diesel power instead of natural gas, which is fed directly to the factory through a pipeline. The diesel will raise Arc’s carbon footprint by 30 percent, and must be delivered in huge quantities by tanker trucks.

Even more daunting was the prospect of idling Arcs furnaces. “You can’t just shut down a glass furnace, it would destroy it,” Mr. Hodler said. “If they are powered down gently, they will survive, but then they take more than one month to be reheated.”

Two furnaces that were planned for scheduled maintenance may now remain offline for the foreseeable future, Mr. Hodler said. Another two will be temporarily mothballed to make up for the fall in demand.

“We don’t want to stop operations completely,” Mr. Hodler said. “But we are not going to produce if we lose money.”

All of which has locals in Arques very worried. At Le Cristal, a cafe that is a hangout for Arc factory workers, the fate of the furnaces was all anybody talked about on a recent afternoon.

“Arc is the lifeblood of this region,” said Valerie Harle, the owner of the cafe, which opened in 1939 and is named in honor of Georges Durand, who built the Cristallerie d’Arques from a small-time factory into an empire. “If the furnaces don’t work, neither do the employees.”

Veronique Cognoti, a longtime resident, said locals were bracing for a domino effect. “A lot of other businesses depend on it,” she said of the factory. “Transport companies, cardboard box makers — they will all feel the blow.”

At a nearby table, a man who spoke on condition of anonymity said he was furloughed from his job earlier this month at a nearby cardboard factory that makes boxes and packaging for Arc, after the glassmaker cut production.

“With the price of energy as it is, the factory isn’t working as much as it used to, and it is already creating a chain reaction,” he said.

He was being paid 80 percent of his salary to stay home while his factory was idled, but that has added up to €130 in lost pay. At the same time, he said, the gasoline bill to fill his small car had jumped to nearly €100, from about €50 at the beginning of the year.

“This is going to become a much bigger problem,” he said.