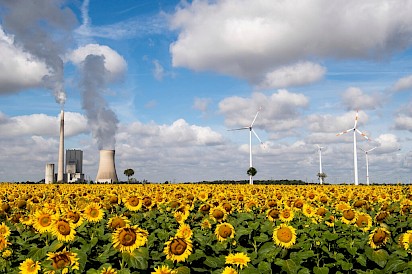 European officials are preparing to introduce ambitious legislation designed to wean one of the world’s biggest and most polluting economies off fossil fuels far more quickly than other nations have pledged to do. The proposals could include phasing out coal as an electricity source as well as imposing tariffs on polluting imports — an idea with the potential to set off global trade disputes.

The European Commission’s package of around a dozen legislative proposals, expected on Wednesday, is designed to swiftly reduce the emissions of planet-warming gases and meet an ambitious climate goal, already enshrined in law: The 27-nation bloc has said it will cut its emissions of greenhouse gases by 55 percent by 2030, compared to 1990 levels.

The legislation is expected to be in sharp contrast to vague aspirations by various other countries to neutralize their emissions by midcentury. “It’s not just a big promise,” said Jennifer Tollmann, a Berlin-based analyst for E3G, a research and advocacy group that works on climate policy.

The proposals, known as “Fit for 55,” are just that — proposals. They will take many months to negotiate among the 27 member countries and the European Parliament before becoming law. And they will most certainly invite scrutiny of Europe’s own reliance on extracting and burning fossil fuels in its own territories, from oil and gas drilling in the North Sea to coal mining in countries like Germany and Poland.

The most contentious element is something called a border carbon adjustment tax. It would impose tariffs on the greenhouse gas emissions associated with products imported from outside the European Union and, in effect, would protect European companies from goods made in countries with less-stringent climate policies. Among the products that it could target, according to a draft leaked in June, are steel, cement, iron and fertilizers.

This carbon border tax could not only shake up global trade and invite a dispute over protectionism in the World Trade Organization, it could also create new diplomatic fault lines ahead of international climate talks taking place in Glasgow in November.

The gathering in Glasgow is an important moment for big emitter-nations to show what they will do to address the emissions of greenhouse gases that have set the world on a path to dangerous warming. Scientists have said the world as a whole needs to halve emissions by 2030, which would require history’s biggest polluters, namely the United States and Europe, to make the sharpest, swiftest cuts.

All eyes are on targets set by the United States and China, which currently produces the largest share of greenhouse gases, and, more important, how they will get there.

Exactly which products the tax would target is still unclear. The United States, for instance, is particularly concerned about the potential effect on American-produced steel, and it remains to be seen whether the border tax proposal would take into account the carbon emissions intensity of imported steel.

The United States is in a tricky position with respect to a prospective European border tax. The Biden administration is keen to restore trans-Atlantic alliances, including on climate change. And yet, with no prospect of carbon pricing legislation in the United States, several U.S. companies could be vulnerable.

The Biden administration has dangled the prospect of a carbon border tax of its own, though its prospects would likely be dim in a divided Congress. “It’s not off the table, certainly, in any of the discussions,” the White House climate adviser, Gina McCarthy, said Tuesday at a conference organized by Bloomberg. “There are many ways in which you could look at a carbon border adjustment as an opportunity here.”

Other aspects of the legislative package are likely to be contentious within the European 27-country bloc itself. Efforts to phase out the sales of new internal combustion engine cars for instance are likely to face objections from some European carmakers. (Bloomberg reported this week that France opposed a proposed 2035 ban on new gas-burning car sales.) Efforts to phase out coal from electricity generation are likely to face opposition from countries with large coal operations, like Poland and Hungary.

The timing of the European draft legislation is key, designed to highlight Europe’s position on advancing climate policies and put pressure on other major emitters, including China and the United States.

“This will be the first attempt to say that it’s not only numbers we commit to, but we have a set of policies, very precise policies,” Laurence Tubiana, the head of the European Climate Foundation and the former chief climate negotiator for France in the United Nations climate talks, said in an emailed statement.