Enviro foresees favorable conditions for its pyrolysis technology in the UK 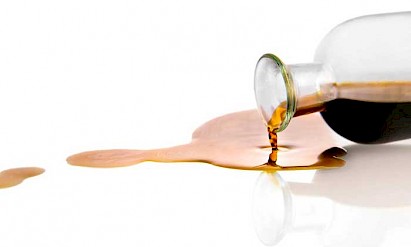 According to Enviro, there are favorable opportunities to establish a commercially successful pyrolysis plant based on Enviro’s technology in the UK. This was the conclusion of a feasibility study that commenced in November 2020 and has now been completed. According to the study, the favorable conditions stem primarily from the large domestic demand for recovered oil for the production of renewable vehicle fuel.

The feasibility study was conducted by Enviro’s representative in the UK market, 2G BioPOWER, but also involved an international oil company with operations in the UK, and the engineering company OSL. The purpose of the feasibility study was to investigate the commercial and technical conditions for establishing a profitable, large-scale recycling plant based on Enviro’s technology. One of the conclusions of the feasibility study is that, while local demand for recovered carbon black is more difficult to assess, the interest in recovered pyrolysis oil is already so large today that it will be possible to sell all the oil that can be produced. The reasons for this include the incentives launched by the UK government in 2018 to produce so-called development fuel, a new category of renewable vehicle fuel. After 2G BioPOWER received the Ministry of Transport’s approval in 2019 to convert Enviro’s pyrolysis oil into development fuel, the company has received large interest in pyrolysis oil from a major UK oil refinery.

“There are few tire manufacturers in the UK, so the local demand for carbon black is small. However, it is easy to export recovered carbon black and since the global demand is strong, we see no problem whatsoever in also selling the carbon black. In conclusion, this means that we also foresee favorable fundamental conditions for establishing plants based on our recycling technology in the UK,” says Thomas Sörensson, CEO of Enviro.